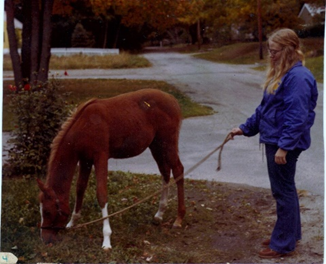 Please share a memory of Karen to include in a keepsake book for family and friends.
View Tribute Book
FARMINGTON—Karen Dusoe Snyder, 61, of New Sharon, died, Wednesday, March 30 2022. Born February 25, 1961, in Oahu, HI, she was the fourth child of James and Janet Dusoe. After the death of her father the family relocated to Belfast, ME. Growing up in Belfast, Karen discovered her passion for horses and love of working with children. After graduating from high school, Karen went on to complete a bachelor’s degree in early childhood education. On August 4, 1984, Karen married the love of her life John Snyder, and they made a home together in New Sharon. Karen enjoyed a life working with children and their families. After working for Headstart for 30yrs, she went on the work for Lifeshare until her health forced early retirement. Karen was a 4-H volunteer for over 25yrs and enjoyed working with children and horses on both state and New England levels. She will be deeply missed by her family, her son Ethan and girlfriend Jennie of Farmington, her daughter Shannon of New Sharon, two step-daughters Lorra-Lee Snyder and Laurie-Ann Oakes, brothers Peter (Brenda) Dusoe, Rick (Bobbi) Dusoe, Tom Dusoe, and Bill (Denise) Dusoe, several grandchildren, nieces and nephews, and her life-long best friend Marsha. She was predeceased by her parents, her husband John, her brother Jim, and sister Lauren.

Share Your Memory of
Karen
Upload Your Memory View All Memories
Be the first to upload a memory!
Share A Memory
Plant a Tree