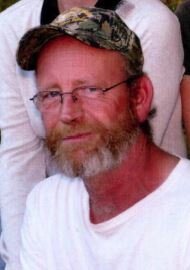 Please share a memory of Gary to include in a keepsake book for family and friends.
View Tribute Book
Gary Robert Fuller, 58, of Belgrade passed away peacefully on Saturday, September 18th, 2021 with his daughter, Melissa, by his side. Gary was born on January 13, 1963, the son of Robert Fuller and Marilyn (Coan) Brown. Gary grew up in Sidney and graduated from Messalonskee High School in 1981. In 1982, Gary married the love of his life, Ellen MacDonald, of Augusta where they made their first home. In 1996, Gary and Ellen built their dream home in Belgrade where they raised their three children. Gary was highly regarded as the Code Enforcement Officer for the cities of Augusta, Belgrade, Sidney, and several surrounding towns. Over the course of his long career, Gary developed many lifelong friendships. Gary had a very strong work ethic and felt extremely fulfilled and proud of his long career. He retired from the City of Augusta in 2018 and continued to serve the towns of Belgrade and Sidney. Gary was so proud to achieve his Master Maine Guide license. He opened Daze Off Guide Service and thoroughly enjoyed hosting guided rabbit hunts with his beagles. He was an avid outdoorsman who had a passion for hunting, fishing, snowmobiling, and four wheeling. He made many wonderful memories with friends and family on their numerous hunting trips upta camp. Gary was very social and loved being around people. He could always be counted on for his quick-witted humor or to be the first on the dance floor. He was incredibly loyal and dependable to all whom he loved. He would drop anything with no questions asked to help a friend in need. Following his retirement, Gary was able to spend more time doing the things he loved. He especially enjoyed building and spending time at his camp and going on many tropical vacations with Ellen and their closest friends. He was the ultimate family man whose children and grandchildren brought him tremendous joy. Gary is predeceased by his father, Robert Fuller; his stepfather, William Brown, whom he loved like a Dad; brother-in-law, Peter Vashon; in-laws, John and Leah MacDonald, and special friends, Bobby Studley, Peter Gosselin, Jay Lemelin, and Birch Brooks. He is survived by his loving wife and best friend of 39 years, Ellen; daughter, Melissa Fuller; daughter, Amanda Favreau and son-in-law Kristopher Favreau; son, Andrew Fuller who was affectionately referred to as Gary’s “shadow;” grandchildren, Clarice Fuller, Paxton Lovejoy, Emilia Favreau, and Benjamin Favreau. Gary is also survived by his mother, Marilyn Brown; sisters, Janet Vashon, Helen Michaud and “brother-in-law,” Robin Day. He is also survived by his Aunt Carole and Uncle Bill Quackenbush; his sister-in-law, four brother-in-laws; many nieces, nephews, cousins, and special friends, the Beans and the Vallees. The family of Gary Fuller would like to thank friends and community members for their outpouring of love, support and prayers. A celebration of life will be held at the Augusta Elks Lodge on Sunday, October 10th, at 12:00 pm. All who knew and loved Gary are invited to attend. In lieu of flowers, donations can be made to the Sportsman’s Alliance of Maine or the Barbara Bush Children’s Hospital.

Share Your Memory of
Gary
Upload Your Memory View All Memories
Be the first to upload a memory!
Share A Memory
Plant a Tree