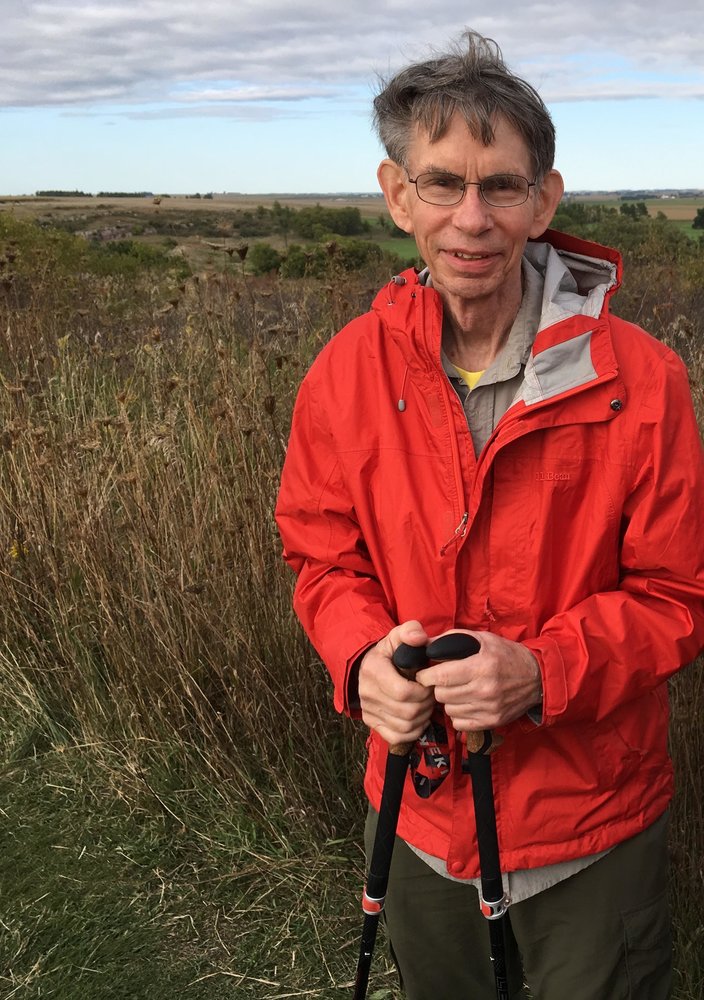 Please share a memory of Allen to include in a keepsake book for family and friends.
View Tribute Book
Allen Harvey Greenleaf June 27, 1940 - January 17, 2021 It was said, as Allen Greenleaf was building his barn in 1980s Pownal, Maine, that the only person who would take longer to do the job was a one-armed man. First, he designed and built a sawmill. Then he spent several years cutting and milling all the lumber from a white pine plantation on the property -- one planted by the CCC in the 1930s. Once he was ready to build, he would get help from friends and family as needed, but he did most of the work on his own. He designed, built and installed a hand-crank elevator to the second floor because he could. A mechanical engineer by both natural inclination and training (Swarthmore and MIT), Allen Greenleaf loved to put his skills to use building, fixing, inventing, and helping people. With a specialty in optics, his professional life involved work on HALO (High Altitude Large Optics) technology, until his increasing concerns that this work might contribute to projects of war and human destruction led him to leave the field. He turned, instead, towards a life of homesteading, inspired in part by his contact as a child with an old-order Mennonite community in northern Indiana. He learned to garden, supporting both the work of it and his ever-present mechanical engineering itch by refurbishing and putting to use old and derelict farming equipment - a bean thresher, a combine, a procession of antique tractors. His affinity for the ways of mechanical things was matched by a difficulty with the mechanics of human interaction. He was quiet and shy; a person who observed and listened carefully. A conversation with him required keen hearing and a comfort with silences. But if you could meet him there, you were rewarded with a wealth of deep thoughts and ideas, a wonderful sense of humor, and a unique perspective on life. He loved hiking, camping, music jams, and potlucks. He loved being in an old forest, spending time with his family. He loved beautiful places, the planet and its ecology, and wanted it preserved and taken care of for everyone, every when. Even as Parkinson's robbed him of his mobility, his ability to communicate, his whistle was clear and ageless, the melodies accumulated over a lifetime intact. The son of Harvey Dimond Greenleaf and Joy Loomis Greenleaf, he was born in Elkhart, Indiana on June 27, 1940. He died in Topsham, Maine on January 17, 2021. He is survived by two sisters, Esther Murer of Philadelphia and Sarah Greenleaf of Lafayette, Colorado; by his former wife and continuing friend Nancy Proctor Greenleaf, of Topsham, Maine; by two children, Emily Greenleaf of Brunswick, Maine, and David Greenleaf of Montreal, Quebec; and a barn, built to be of use and to last generations, in Pownal, Maine.

Share Your Memory of
Allen
Upload Your Memory View All Memories
Be the first to upload a memory!
Share A Memory
Plant a Tree