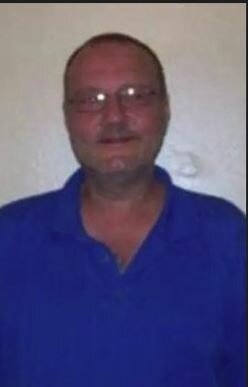 Please share a memory of Daniel to include in a keepsake book for family and friends.
View Tribute Book

Daniel (Danny) P. Gagne of Augusta, Maine died peacefully at Maine General Health on January 6, 2023, following a long illness. Danny received “Last Sacrament” at his request prior to his passing which brought him much peace.   Born September 1, 1962, Danny is the beloved youngest son of Joseph F. Gagne and Lorraine M. Gagne who predeceased him.  He is also predeceased by eldest brother, Paul A. Gagne.

Danny grew up in Augusta, Maine where he attended St. Mary’s and Cony High School.  He loved sharing memories of growing up in Augusta, his family memories, and all of the childhood friends he came to know and maintained many of those friendships into adulthood.

Danny was full of life, never complained and chose to fill his life with humor and laughter even if things became challenging.  Danny was a true example of how to appreciate what one has in life, and not how much.  He could be the biggest “prankster” of anyone, always leaving anyone guessing as to what he was going to do next.  He did love his family, first and foremost, and cherished any time he could spend with them. Danny exhibited so much experience in his knowledge of things from classical cars, auto body work, cooking, just to name a few of his hidden talents, but mostly, how to love from his heart and do so sincerely.

Danny is survived by his son, Thomas (Tommy) C. Gagne (mother Lynn) and his children, and daughter Sabrina (mother Denise) whom he loves so much.  Also surviving are his siblings, brothers Camille Gagne, Maine; Donald Gagne, North Carolina, and sisters Lionette Flewellin, Maine and Claudette Hathorne, North Carolina, as well as many nieces, nephews and friends.

“We love you Danny and thank you for being such an important part of our lives. You will live on in our hearts forever.”

Special appreciation and recognition to Maine General Home Care and Hospice staff who provided wonderful care during this time.

Services will be determined at the discretion of the family at a later date.

Danny felt very compassionate about the homeless population so we ask donations be made in his memory to,