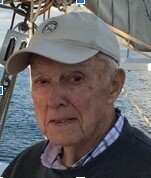 Please share a memory of Edward to include in a keepsake book for family and friends.
View Tribute Book

Edward Ryan died on December 28, 2022, of pneumonia brought on by Covid.  He was 91.  Born on November 8, 1931, he grew up in Connecticut and received degrees from the University of Connecticut.  His lifelong interest in how things work initially prompted him to study engineering.  He soon changed direction to pursue history and education, envisioning a career working with people rather than things.

Ed began his career teaching English in Suffield, Connecticut.  A promotion to Assistant Principal launched his journey in education administration and he was sponsored to a doctoral program at Harvard University.  He loved children and sought to build environments that nurture their curiosity.  While at Harvard, the town of Harvard, Massachusetts hired him as principal where he advocated some non-traditional ideas including that after school should be free from homework to allow plenty of time for kids to play and explore their creativity.

In 1970, Ed moved to Stowe and became Chief of Field Services for the State of Vermont.  He worked with a cohort of educators to upgrade the state’s education.  Traveling to every town, he ensured children were well nourished, provided safe learning facilities, and had access to modern materials and qualified teachers.  Over the next twenty years, Vermont soared to one of the highest in the nation in terms of the quality of education and the outcomes secured by the state’s children.

Ed retired in 1990 to Lovell, Maine.  Soon he was at the helm of the local School Board where he served for fifteen years.  He also joined the Planning Board where he helped write Lovell’s zoning ordinances.  He retired from volunteer activities in 2019.

While in Suffield, Ed met and soon married Judith Martinson, a talented athlete with a quick wit, who shared his deep moral convictions.  For 61 years, they supported one another and raised two children.  Judy loved to entertain and introduced Ed to many new friends.  They traveled to Europe several times and enjoyed exploring remote parts of Maine and Canada.  On their 60th anniversary, Ed expressed his profound love for Judy and his deep gratitude that she had come into his life.

Ed was a true gentleman, charming, and witty.  He was well-read and in conversation could provide detailed historical context or quote lines from Shakespeare or Frost or an Irish ballad with equal ease.  His primary hobby was the old farmhouse he and Judy bought in 1965 in Lovell.  He also enjoyed making maple syrup, cross-country skiing, walking on country roads, and eating pie.

Ed leaves his wife Judy Ryan, daughter Martha Ryan, and son Cullen Ryan.  He also leaves grandchildren Keelia and Camden Ryan, Vayl Sorensen, son-in-law Neal Sorensen, and almost daughter-in-law Beth Sellers.  A memorial service will be held in Lovell, Maine at 11 a.m. on May 6, 2023, at Lovell United Church of Christ.  In lieu of flowers, the family requests that gifts in Ed’s honor be made to Community Housing of Maine.  www.chomhousing.org

Share Your Memory of
Edward
Upload Your Memory View All Memories
Be the first to upload a memory!
Share A Memory