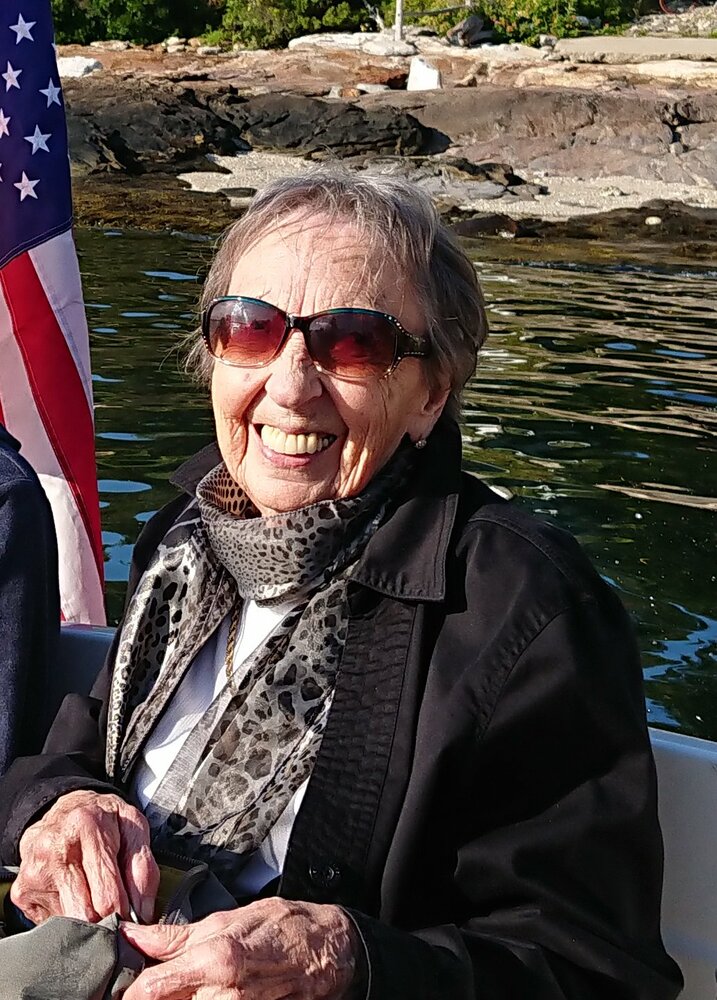 Please share a memory of Verna to include in a keepsake book for family and friends.
View Tribute Book

Verna Elizabeth Lorentzen Black, age 99, of Edgecomb, Maine quietly passed away on December 16, 2022.  Up until a few months ago, Verna had enjoyed reasonably good mobility and health.

Verna was born in Freeport, Maine on August 26, 1923, the only daughter of William Lorentzen, a Danish immigrant, and Jennie Christiansen, the daughter of Danish immigrants. When Verna was young, her family moved to a small farm in Hebron, Maine.  A self-proclaimed tomboy, Verna could hold her own with her three boisterous older brothers, Loren, Albert, and Kenneth.

After graduating from Auburn’s Edward Little High School in 1940, Verna moved to Portland to study nursing and later began her career at Maine General Hospital. Years later, on a blind date with her brother Albert’s roommate from the University of Maine, she met her future husband, Donald Black. They married in 1951 and lived in Washington DC, where Don worked for the Department of Agriculture as an agricultural engineer and Verna worked as a private duty nurse. They eventually settled in suburban Maryland, where they raised their two sons, Eric and Jeff.

After Don’s retirement in 1980, he and Verna moved back to Maine - to a new waterfront home they partially built themselves. Together they enjoyed a long and fulfilling retirement until Don’s passing in 2012.

Verna is survived by her sons Eric Black, of Peachtree City, Georgia, and Jeff Black, of Boston.  In lieu of flowers, the family requests that donations be made to Midcoast Humane (midcoasthumane.org)

Share Your Memory of
Verna
Upload Your Memory View All Memories
Be the first to upload a memory!
Share A Memory