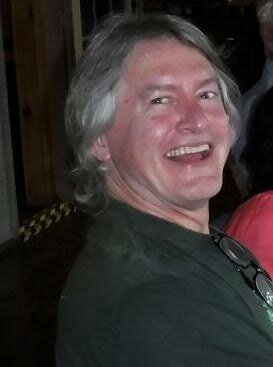 Please share a memory of William to include in a keepsake book for family and friends.
View Tribute Book

William Charles Smith (1/30/1962 – 12/12/2022) of Sidney lived a full and heartful life, and shared his good humor and kindness with so many.  He invested his last year fixing up the house where he was raised, this time beside his beloved Sheryl Palmer, both of them modeling courage and generosity.  Two adult sons – Coty and Logan, lived with them; Tucker lives in Afred, ME and Will’s son Adrian Morgan from his first marriage lives part-time in Camden with his son Dominic and partner Molly Brigham.  Will is also survived by mother, Gail W. Smith in Winslow and sister, Sidney Woods, who lives in Wyoming with partner Corrie Barbero.  Will is pre-deceased by his father, David C. Smith.

After graduating from Messalonskee High in 1980, he furthered his education at Embry-Riddle Aeronautical in Prescott, AZ.  A lifetime love for birds translated into a pilot’s career, though he quickly traded commercial passenger planes for island hoppers around Acadia and arctic adventures from Fairbanks to Barrow.  Then he changed direction, putting his sharp intellect toward the burgeoning business of computing, which led to a second career installing and trouble-shooting digital systems for appreciative Fuji colleagues at hospitals across the country.  Working from home, he enjoyed a short stint in his birth state, near his father’s Marine Corps base at Camp LeJeune in North Carolina.  When his parents’ health suggested he return to Maine, however, he enjoyed being closer to them and to his chosen family, high school friends Tom and Jana Patten and kids.  Rambling Maine’ backcountry with his cherished and decked-out Jeep also re-acquainted him with classmate Sheryl up in Greenville, a memorable day.

He requested no services, but memorial gifts to favorite charities supporting animals are encouraged. Memories, condolences, and photos of good times can be shared on his tribute wall.