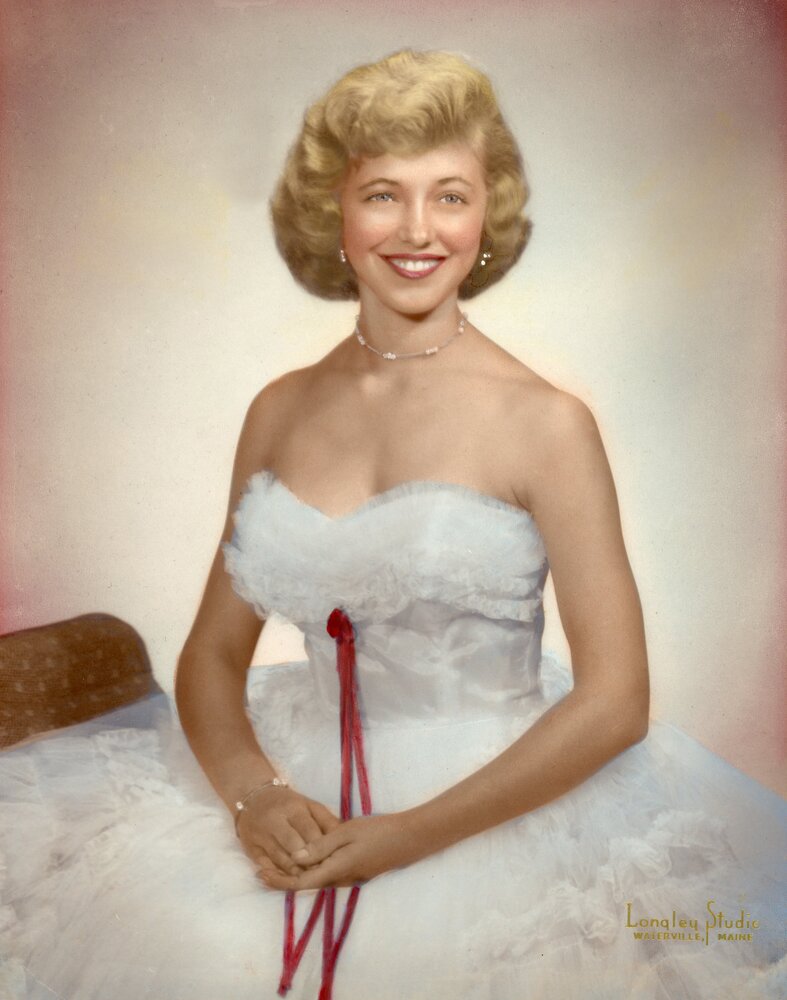 Please share a memory of Joanne to include in a keepsake book for family and friends.
View Tribute Book

Waterville - The former Miss Augusta 1958, Joanne (Keller) Harrington made her final stroll down the runway with her loving family by her side on November 18, 2022.

She was born August 21, 1940, the daughter of Norman and Gertrude Keller. As a child, she didn’t have the conveniences or comforts we take for granted, but she and her siblings could always find humor in any situation.  She was the second oldest of four children, and she counted her siblings among her best friends. Joanne attended school in Weeks Mills and graduated from Erskine Academy in 1958.  Joni, as she was known by her co-workers was employed at Central Maine Power after her graduation and continued to work for CMP for over 33 years until her retirement.

Joanne had a huge heart, welcoming hug, and a smile that brightened the lives of all who knew her; she had the best laugh.  She enjoyed going to dances, camping, bus tours to various cities and casinos, especially Hollywood Slots in her later years.  Joanne demonstrated care and compassion for everyone she met.  Her joys were many and her heart overflowed with love for her family.

In addition to her parents, Joanne was predeceased by her sister Rita and brother Kerwin.

For those wishing to honor Joanne, the family will be hosting a celebration of her life on Sunday, December 11th, from 10 AM – 2 PM at the Sheepscot Fish and Game Clubhouse, Route 3, Palermo.

In lieu of flowers, a memorial donation can be made to Beacon Hospice, Erskine Academy, the Alfond Cancer Center or a local animal shelter of your choice.

The family would like to extend a special thank you to Beacon House Hospice for their attentive and compassionate care given to Joanne in her final days.

Share Your Memory of
Joanne
Upload Your Memory View All Memories
Be the first to upload a memory!
Share A Memory
Plant a Tree