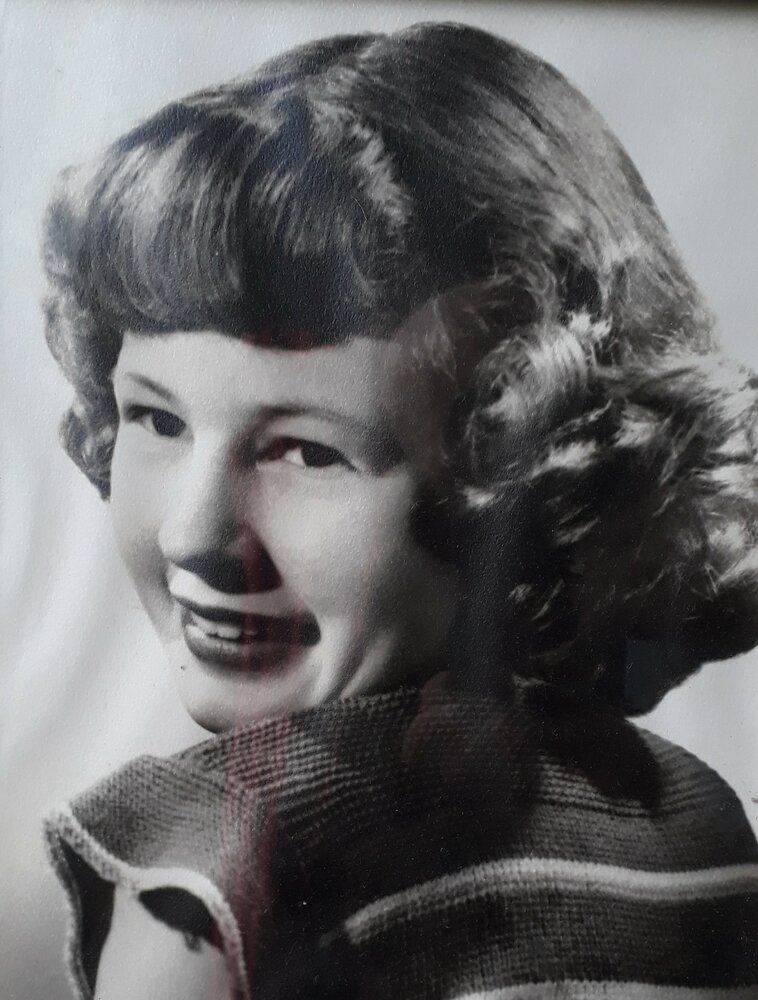 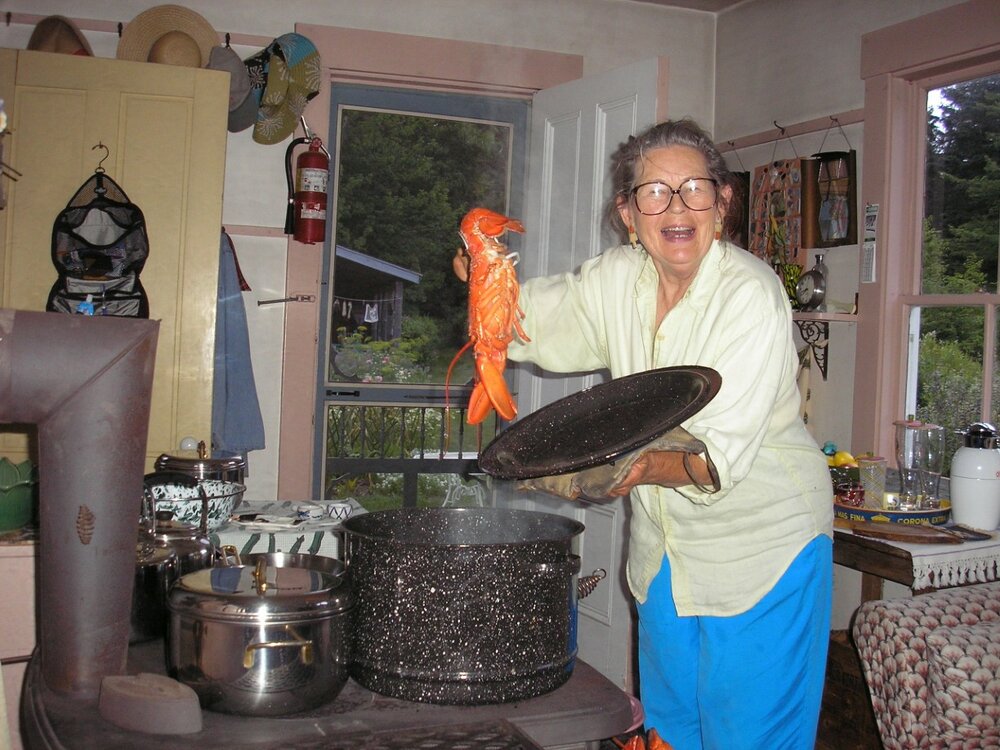 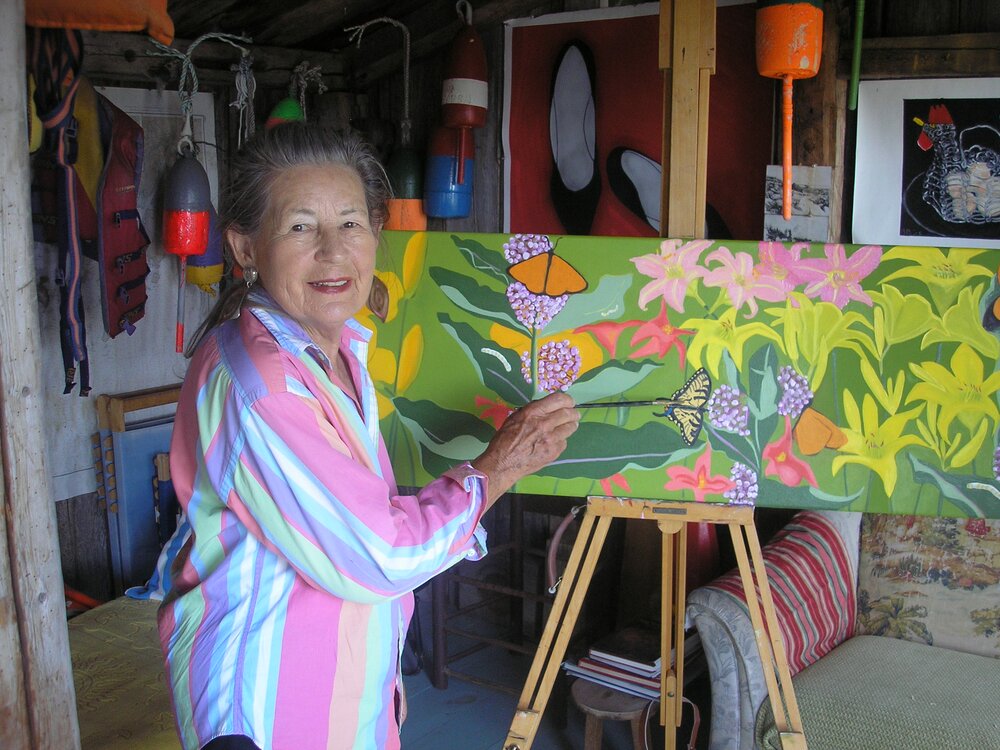 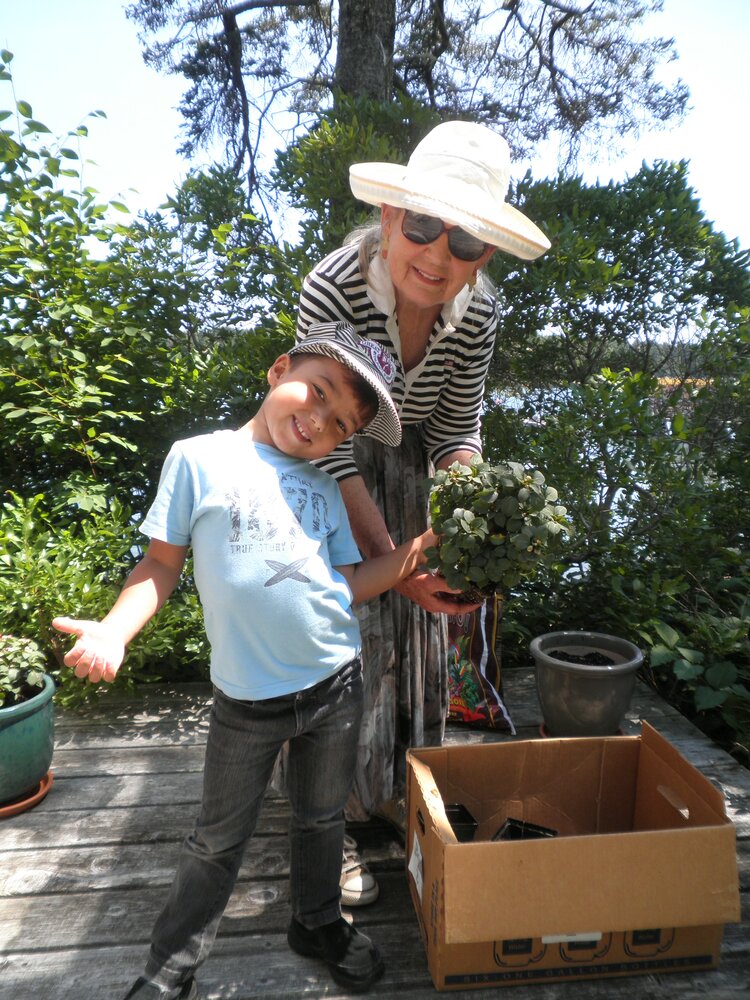 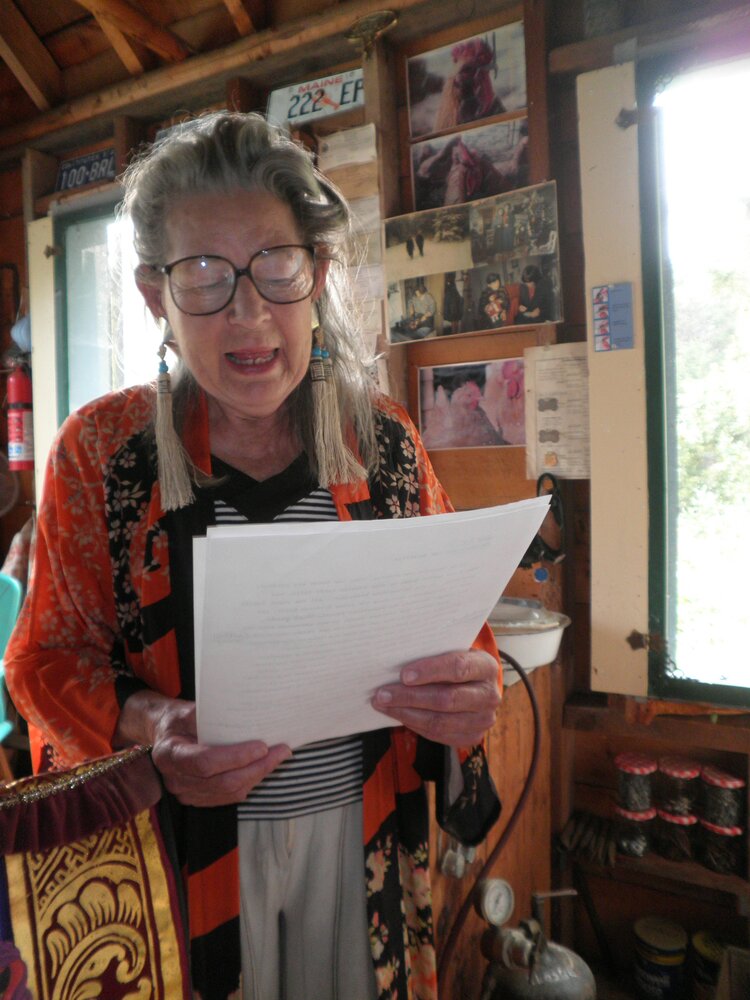 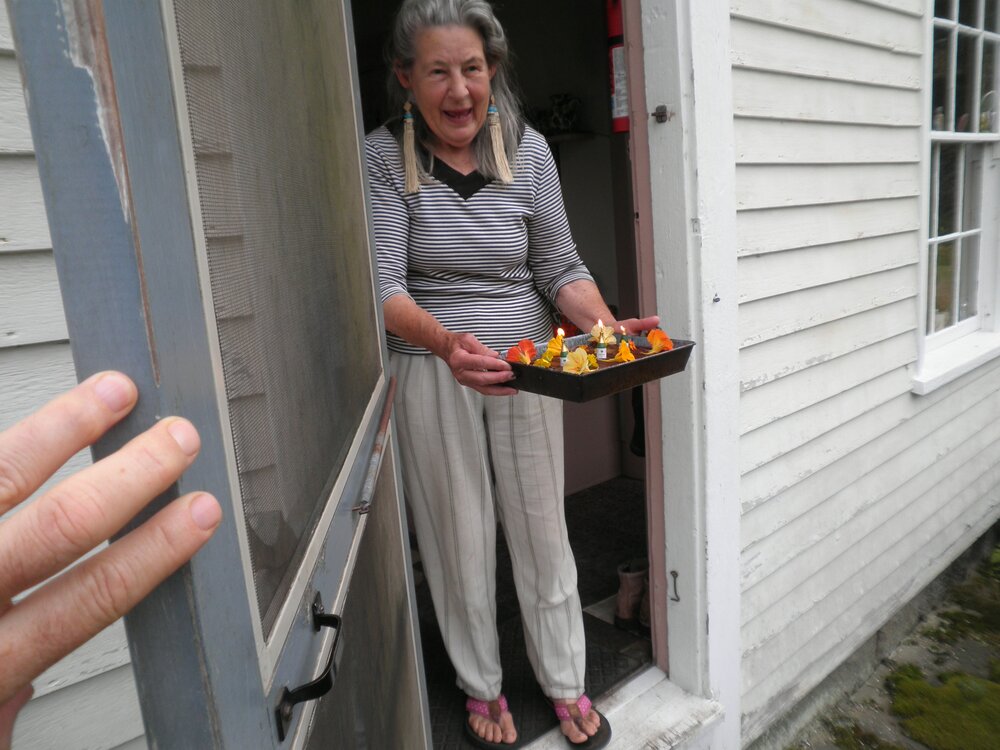 Please share a memory of Barbara to include in a keepsake book for family and friends.
View Tribute Book

Barbara Engel Beebe of Friendship, Maine died peacefully on October 22, 2022, at the Sussman House in Rockport, Maine, after a brief illness.  She was 91.

A daughter of the Great Plains who found her heart’s home in Maine, Barbara was a mostly self-taught artist whose creativity spanned jewelry, painting, ceramics, writing, toy theaters, dollmaking, costume design and sewing.

Born February 11, 1931, at her grandmother Ida Engel’s house in Hillsboro, North Dakota, Barbara grew up on a Red River valley farm with her parents, Norman and Grace (Jenson) Engel, and six sisters and brothers.  Aunts, uncles, and cousins lived on nearby farms.  She attended Eldorado #5, a one-room schoolhouse, through eighth grade.  In winter, the children were driven the two miles to school in a horse-drawn sled.

When she was fifteen, her father was tragically killed in a railroad accident.  The family left Barbara’s beloved farm and animals, and moved to a city, Moorhead, Minnesota.  Barbara attended the University of Minnesota, graduating in 1952 with a major in Art Design.  In college, she worked two summers as a waitress at the Old Faithful Inn at Yellowstone National Park.  She moved to New York and took graduate education courses at Columbia.

Her first teaching job was as art teacher for K-12 in the segregated schools in Lewes, Delaware, where she met her future husband, Allen Beebe.  Allen took a job teaching history at the Loomis School in Windsor, Connecticut, where the couple’s three children, Susan, Will and Seth were born.  At that time, in the 1950’s and 60’s, according to school policy, “faculty wives” were not allowed to take outside-the-school jobs.  Barbara poured her energies into raising her children, gardening, designing and sewing ballet costumes for a local company, and starting to design, fabricate, and market her original silver jewelry.  In the 1980’s, her jewelry was featured in Accessories magazine, and four times in Vogue, modeled by supermodel Cindy Crawford, and sold in galleries across the U.S.  She was invited to create a silver Christmas ornament for the White House tree in 1993.

In 1981, Barbara divorced and moved to Richmond, Virginia, to live with her sister Joan.  She taught jewelry at Virginia Commonwealth University and the Hand Workshop.  In 1984, with her share of the sale of the North Dakota farm, she bought a Civil War era farmhouse and twenty acres on Friendship Long Island, Maine.  “I wanted to live where I could see the moon, and where my children would want to visit,” she said.  The house had stood empty for twenty years, the roof leaked, and windows had been shot out.  Barbara and Susan moved to the island in 1985 and started restoring the house.  It was to be Barbara’s home for the next 37 years.  She and Susan spent three winters on the island, cooking and heating with wood, lighting with candles, getting water with a bucket from the 120-year-old well, and using an outhouse, much as she had grown up.  One winter on the island, Barbara fell on ice, severely spraining her right arm.  It was impossible to get off the island to a doctor for six weeks.  Meanwhile, Barbara taught herself to write with her left hand and began to write stories about her childhood.  By March, she couldn’t move her right hand and arm.  Susan suggested she draw as physical therapy.  She began drawing, then painting in gouache, an opaque watercolor.  Eventually, she had many one-woman shows in galleries from Minnesota to Maine.  Winters she didn’t spend on the island, she traveled on a shoestring and painted in Santa Fe, Oaxaca (Mexico), Spain, Italy, France, Brazil, and Costa Rica.  She was awarded four painting residencies at the Vermont Studio Center.

Barbara’s first children’s book, Chickadee Afloat, is about to be published by Barnswallow Press.

She was predeceased by her parents, her sisters Devonne, Joan, and Julie, her brother Dan, and by her beloved corgi, Fiona, who lived with her for sixteen years.

She is survived by her brothers Bryan and Bruce, and by her daughter Susan Beebe and son-in-law, Jonathan Frost of Rockland, Maine, her son Will Beebe, daughter-in-law, Valeria, and grandson Miguel of Sao Paulo, Brazil, and her son Seth Beebe, daughter-in-law Wendy and granddaughter Charlotte of Windsor, Connecticut; by many dear nieces and nephews, grandnieces and grandnephews; and by Sister Mary Jane Pulskamp, of Valley City, North Dakota, her friend since second grade, 85 years ago.

A celebration of her life is planned for next summer on Friendship Long Island.  Her art lives on.

Share Your Memory of
Barbara
Upload Your Memory View All Memories
Be the first to upload a memory!
Share A Memory
Plant a Tree