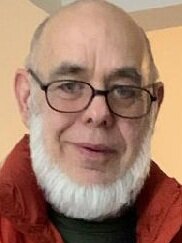 Please share a memory of Gary to include in a keepsake book for family and friends.
View Tribute Book

Gary Steven French, 71 of So. China, Me, passed peacefully on October 14, 2022, at Maine VA Medical Center Togus. Gary was born in Morrisville, Vt. February 3, 1951. He graduated from Harwood High School June 11, 1970, and then entered the Army that August where he became a nuclear weapons specialist in atomic demolition; arming and disarming bombs during the Vietnam war until 1973. Upon returning from Germany, he was employed at many types of jobs until he completed the Vermont State apprenticeship with the Construction Training Council and Pizzagalli Construction company on August 31, 1981. He learned carpentry, welding, transit and laser reading, as well as commercial concreate work.  In 1982 Gary started his own construction business working for several farms in Central Maine where he made life-long friends.

Gary was a family man who always had something for the kids.  He married Marcia Dickey in 1977 but Gary’s most joyous moment in life was the birth of his son, Travis Allan French in 1979.

In 1986 he began the job of his dreams where he could have his shadow, Travis, with him every day.  He started a career with Maersk Inc. as a property manager for a vacation home in South China, Me. where a new adventure began. Maintaining the property included carpentry, landscaping, mechanics, hospitality management, forest, and wildlife conservation.

There will be a celebration to share memories on Saturday November 12th at the Waterville Elks lodge at 1 PM. There will be snacks, stories, and cash bar. In lieu of flowers, please come share your memories.

Share Your Memory of
Gary
Upload Your Memory View All Memories
Be the first to upload a memory!
Share A Memory
Plant a Tree