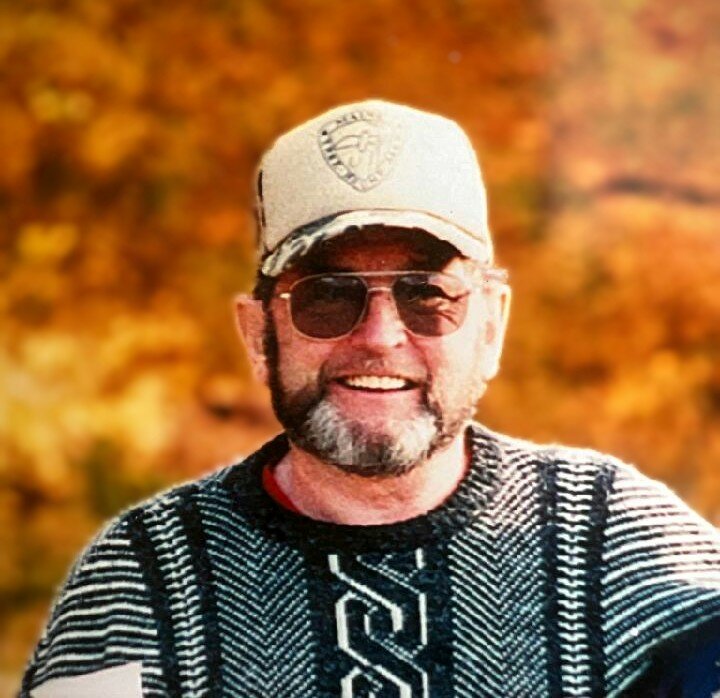 Please share a memory of Ronald to include in a keepsake book for family and friends.
View Tribute Book

Ron Purington burst onto the scene in 1935. Ron was born February 26th in Gardiner to Charles and Gertrude Purington and would be their eldest of five children. Charles and Gertrude began their family on the Capen Road in South Gardiner, where Ron would soon become one of the original “South Gardiner Boys” along with his dear friends, Sonny Leathers and Bobby White. With a heart for escapades, the soul of a gypsy, and fibers of mischief running through his body, Ron’s thirst for adventure led him around the world. Like a pirate on his first caper, Ron set sail on the Kennebec River as a 14-year-old boy and landed in Yarmouth, Nova Scotia. Unfortunately, he had commandeered his father’s sailboat without his permission and didn’t have a passport, so upon his arrival in Nova Scotia, the Harbor Master required Ron’s dad pick up his son and the boat. Ron later would say, “I was a truck driver for many years but the longest ride I ever had was with my dad in a rented semi hauling the sailboat from Nova Scotia.”

Other adventures would include riding on the back of a firetruck as a young boy in the Gardiner parade unbeknownst to anyone until his mother spotted him as he passed by, driving a motorcycle from Alaska to Washington with dog chains wrapped around the tires to make it through the snow while wearing a Coast Guard survival suit, racing cars in the sixties alongside Richard Petty, Carroll Shelby, and other well-known racers, and two failed attempts to go to Florida in a sailboat because, of course, both trips needed to begin after hunting season which coincides with hurricane season. Through the years Ron would tell personal stories of grandeur that would seem to others as improbable, stories of historical significance or of a faraway land, which could not be proven or disproven. It would only be with the occasional stranger’s recognition or an old photo in a forgotten album, that one would pause and say, “Huh, maybe he really did do that.”

A few short years after his maiden voyage to Nova Scotia, Ron joined the Navy in 1953, earning the National Defense Service Medal. He moved on to the Air Force in 1957, where he earned the Air Force Longevity Service Award. Ron embraced being a Seabee and paratrooper on sea and in foreign lands. After a decade in the service, Ron was a truck driver and later became an Ironworker until his retirement, at which time he started his own business, Yankee Rodbuster.

Ron’s loves were hunting, fishing, fast boats, family, friends, and his community. He kept an open door policy for all the neighborhood kids to visit, especially in the early years with Angie, Greg, and Mikey Giampetruzzi. As his family reminisced through photo albums this past week, thank you notes and heart-felt letters from these kids over the years were slipped in pages of these albums. Ron spent nights coon hunting with his dog Stryker and sidekick Steve Lund, and countless hours on the island. He had the fastest boat on the Kennebec until he was 80 years old and would leave the island early mornings to grab breakfast in Boothbay. Ron shared fond memories of his friends at the Eagles Club and days at the Bench. Ron was especially well known for his annual “Big Ron’s Labor Day Pig Roast” where everyone was welcome. Ron’s final escapade was one Sunday evening when he repeatedly dialed 9-1-1 and informed the operator of many dastardly deeds occurring. After the fifth call, an officer arrived to see Ron safely in his room. With a slight twinkle in his eye, Ron promised to not call again. That evening, Ron slept peacefully and passed quietly the next morning, Monday, September 19th, two weeks after Labor Day.

Please bring stories and a smile to Ron’s Celebration of Life Saturday, October 1st from 12 noon to 2 pm at the Gardiner Eagle’s Club. Of course, all are welcome.

Share Your Memory of
Ronald
Upload Your Memory View All Memories
Be the first to upload a memory!
Share A Memory
Plant a Tree