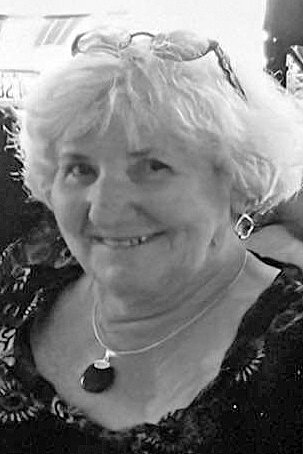 Please share a memory of Patricia to include in a keepsake book for family and friends.
View Tribute Book

Patricia M. Knight of Waterville passed away on Tuesday, July 26 th , at Maine
General Medical Center with her family by her side.
Patricia was born in Winslow, Maine on April 30 th , 1938, the youngest daughter of
the late Joseph Bolduc and Martha (Violette) Bolduc. Patricia attended Winslow
School and earned an Accounting Degree at the University of Maine Augusta.
Patricia retired from Inland Hospital in 2000 after 33 years in the Accounting
Department. Patricia then worked for H&amp;R Block for 14 years where she retired
in 2014. Patricia worked during her retirement part time for Belgrade Auto.
Patricia was a member of Corpus Christie Parish where she served as a lector, CCD
teacher and was on the Pre-Cana committee as part of the speaker couples.
Patricia was a past member of HFMA serving on the board, also serving on the
Board of Delta. Patricia was a life member of the Winslow VFW.
Patricia’s favorite place was Great Moose Lake where she enjoyed spending time
with her family, boating, swimming, fishing, and tending her flower garden.
She was predeceased by her son Gregg, grandson Tobey Hockridge, two sisters
Doris Reid and Gloria, six brothers Armond, Hector, Lucien, Richard, Ray and
Norris.
Patricia will be dearly missed by her Husband of 67 years James W. Knight, her
daughters Cindy Hockridge and husband Stu of South China, Tricia Maheu and
husband David of Belgrade, her daughter-in-law Patricia Knight of Arizona, her
sister Lillian Lovett of York, as well as her 3 grandchildren Kim Knight of Arizona,
her 3 children, Alex, Aiden and Maddie, Danny Knight of Arizona, Erik Maheu and
his wife Robyn from Winslow, their two sons Maddox and Julien, Tobey’s
daughters Payton and Paige from Colorado Springs. Several nieces and nephews.
A memorial mass will be held on Wednesday, August 10 th at 9:00 am at Notre
Dame Catholic Church in Waterville. The family request no flowers.

Share Your Memory of
Patricia
Upload Your Memory View All Memories
Be the first to upload a memory!
Share A Memory
Plant a Tree