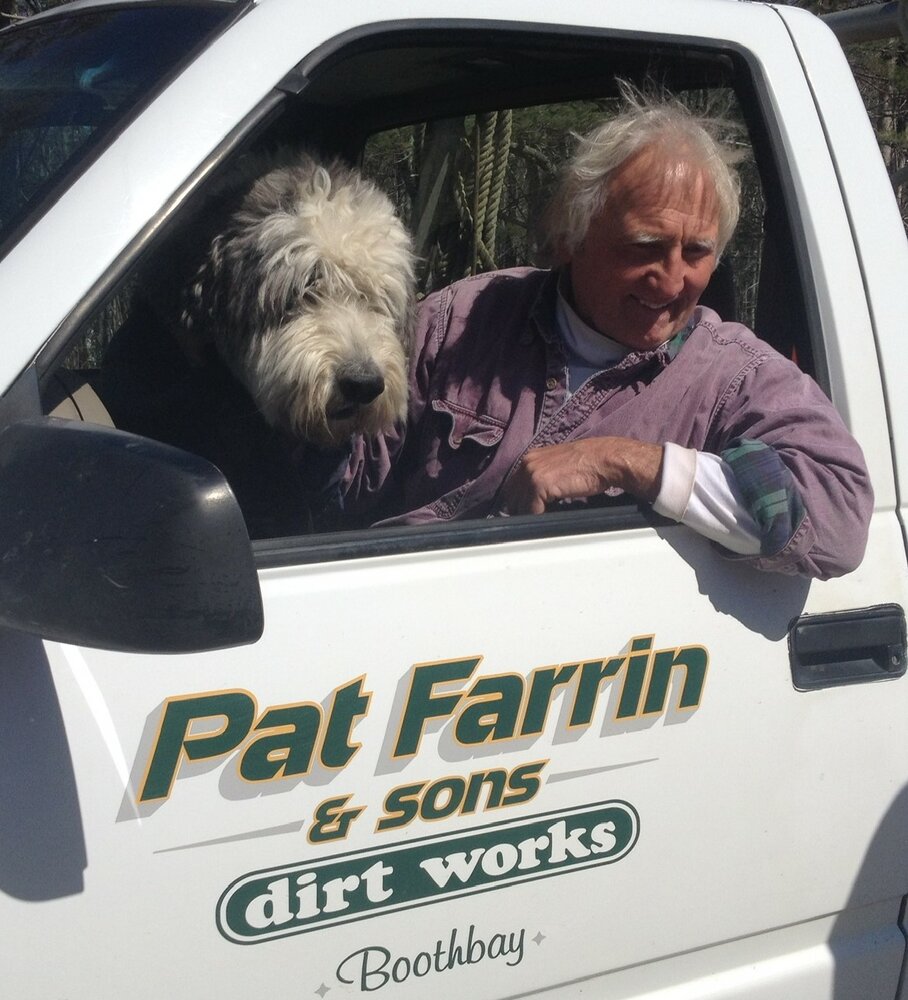 Please share a memory of Patrick to include in a keepsake book for family and friends.
View Tribute Book
Patrick Allen Farrin, 71, of Boothbay, passed away peacefully at home surrounded by loved ones on May 14th, 2022, following a long and courageous battle with cancer. Born July 12, 1950, in Damariscotta, Maine, he was the son of Frances (House) Mank of Waldoboro and the late Alva Farrin of South Bristol. He spent his early years on the shores of Toddy Pond in Orland, Maine where his father ran the Craig Brook National Fish Hatchery. He later moved to Boothbay attending local schools and graduating from Boothbay Region High School in 1969. The following January, at the age of 19, he was drafted into the United States Army serving with the 23rd Infantry Division in Chu Lai. Sustaining injuries due to a land mine, he was awarded two Purple Hearts and also received the Vietnam Service Medal, the Vietnam Campaign Medal and the National Service Medal. He was discharged in June of 1971 and returned to Boothbay where he began work in the public works department for the Town of Boothbay, eventually becoming Road Superintendent and moonlighting at night as a commercial diver. He married Robin Smith in 1974 and they raised two sons, Kelly and Kipp. After 19 years with the Town of Boothbay, Pat started his own construction company, Pat Farrin & Sons. A gifted machine operator, he was known for his ability to maneuver his excavator through the tightest spaces, navigate the steepest slopes and practically pick up a dime with its bucket. He relished a challenge, and frequently took on island work precisely for the difficult logistical problems it presented. In 1989, a 120’ barge loaded with ledge rock sank off Portland harbor in fifty feet of water. Working with Rideout Marine, Pat accepted the challenge to try to raise her and dove on the vessel several days over several weeks, until she finally floated to the surface. A kind-hearted and generous man, Pat was defined by his work ethic and his willingness to help those in need, no matter the circumstance. He cared deeply for his community, spearheading the “Light It Up” campaign to bring “Friday night lights” to the high school football field and the creation and expansion of The Harold Clifford Community Playground. He frequently donated his time and talent to Rebuilding Together and was given a life time achievement award from the Rotary Club for his community spirit and countless acts of kindness. Pat was a devoted father who coached Little League and enthusiastically attended his sons’ many sporting events. He helped his son Kelly realize his dream of owning his own restaurant, and son Kipp to learn the construction trade and carry on the family business. He was a mentor to many young men in the community who have gratefully acknowledged the impact he had on their lives and careers. He loved to give young children the thrill of riding with him in his excavator, creating a special memory for many generations in the Region. Pat enjoyed traveling to the warmth and sunshine of the Caribbean and Florida. He loved wildlife of all kinds and had a particular penchant for creating ponds to encourage flocks of ducks to take up residence. Feeding the birds was a daily ritual he never neglected. He took up stone carving as a way to relieve stress and have fun with hand tools, creating large stone troughs and birdbaths, often adding them as a special surprise to the landscape of customers he had a special relationship with. The greatest challenge of his life came in the form of cancer, which he battled with a will and determination to live that few could muster. For six years he stoically endured the pain of the disease and the side effects of treatment and continued to work as best he could, visiting a job site with his son Kipp only days before his death. As a measure of his zest for life and in defiance of his debilitation, he hiked to Chimney Pond on Mt. Katahdin last August, inspiring the awe of his entire medical team. Pat was predeceased by his wife of 39 years, Robin (Smith) Farrin of Boothbay; his father; two stepfathers, Rostron Connors of Boothbay and Edwin Mank of Waldoboro; his brother Jerome “Jerry” Farrin of New Harbor; and two sisters Rebecca (Farrin) Dolloff of Boothbay and Ruth Farrin of Boothbay Harbor. He is survived by his children Kelly Farrin and wife Marcy of East Boothbay, Kipp Farrin and partner Elizabeth Tilton of Boothbay; his mother; his brother Bruce Farrin and wife Judy of Walpole; his sister Cindy (Connors) Santheson and husband Kyle of Waldoboro; and his sister-in-law Lilla (Banner) Farrin of New Harbor, as well as many cousins, nieces, nephews and friends. Pat is also survived by his devoted partner, friend and caregiver Catherine Conn of East Boothbay, whose love, kindness and compassion, especially over these past few years, offered Pat companionship and happiness. The family would also like to recognize the special friendship of Dr. Paul Taylor for his years of comfort and caring for Pat, especially as the end drew near. To honor Pat and continue his legacy, be kind, generous and offer to help someone in need. A celebration of Pat’s life will be announced at a future date. In lieu of flowers, memorial donations may be made to Rebuilding Together, P.O. Box 22, Boothbay Harbor, ME 04538.

Share Your Memory of
Patrick
Upload Your Memory View All Memories
Be the first to upload a memory!
Share A Memory
Plant a Tree