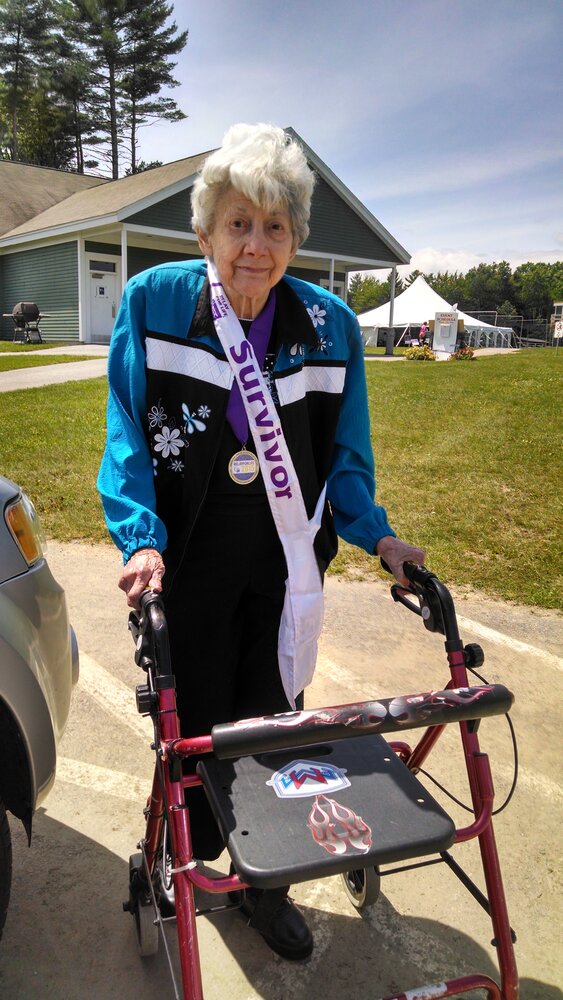 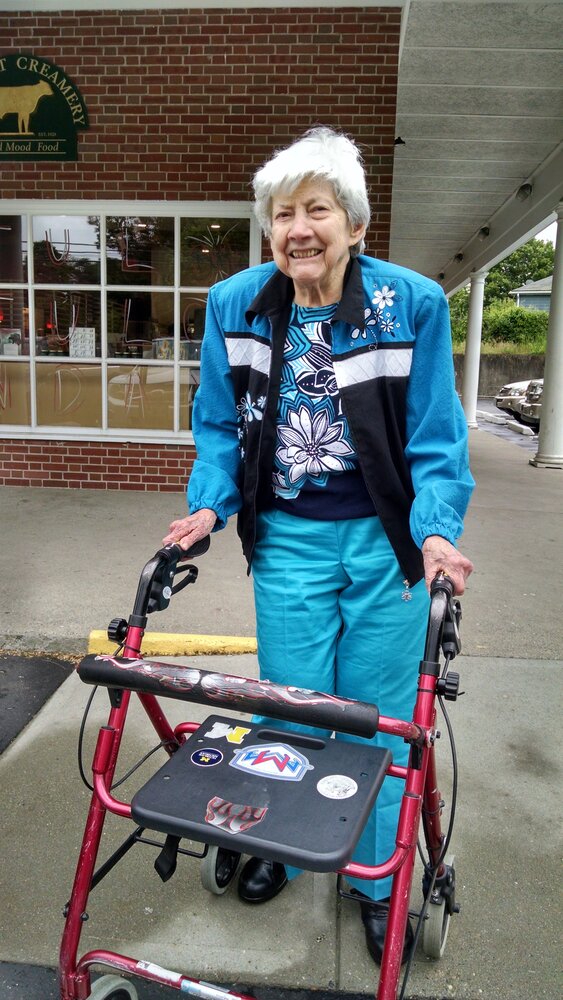 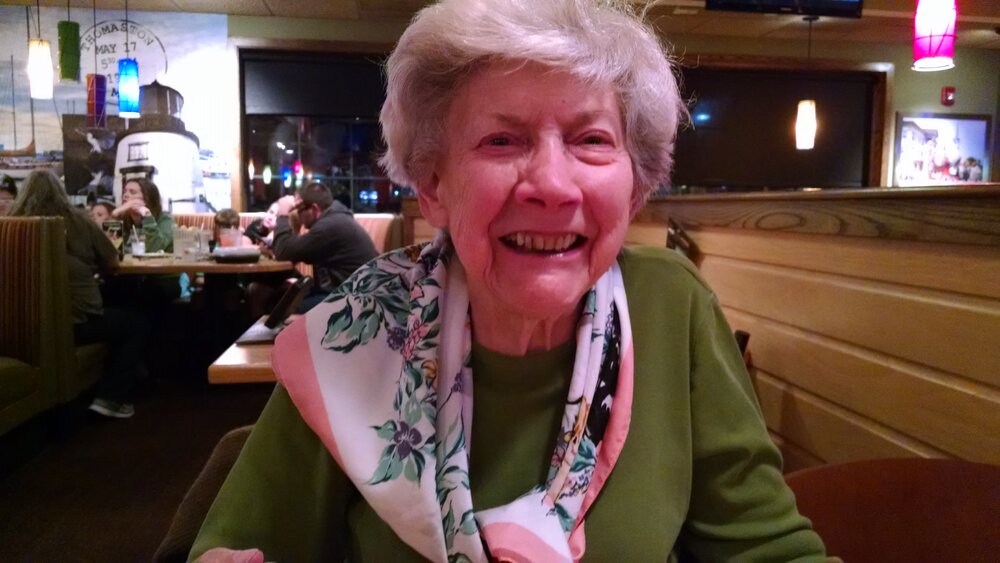 Adele Lorraine Ludwig Padden passed away peacefully in her Rockland, Maine home on May 12, 2022, knowing that she was well loved by her family and friends. In recent years Adele’s graceful navigation of Alzheimer’s Disease allowed her to continue to enjoy socializing, even virtually, with her loved ones right up until the end of her life.

Born April 29, 1926, in Bethlehem, Pennsylvania, she was the third child of Forrest Ludwig and Florence Uhler Ludwig.  Her family also lived on Waldheim Mountain, before moving to Wyandotte, Michigan in the 1930’s. Adele served in the Nurse Cadet Corp during WWII while earning her RN degree from the four-year Nursing Program at the University of Michigan, Ann Arbor in 1947. She often said that her favorite nursing during this time working as an RN in Ann Arbor, was caring for the premature babies in the nursery, and that she had the honor of caring for Dr. Strycker, who invented universal hospital beds, near the end of his life.

On May 15, 1952, Adele wed Robert Charles Padden, after a romance that started on a blind date while he was a visiting graduate student from the University of California, Santa Barbara and Duke University c.1950. Adele followed Robert to Las Vegas, where he worked summers to supplement his GI Bill for post-WWII college costs. She said, when asked, that they chose to marry there rather than travel ‘back East’. Robert's brother Tom Sr., his wife Janet and their infant son Robin were present to bless the couple's new journey. Throughout the 1950’s, Adele worked as an RN, supporting Robert to earn his PhD in Latin American History from the University of California, Berkeley before starting a family.

Adele continued working as an RN at Herrick Hospital in Berkeley, CA, stopping only for six months in 1960, to have her first child, Penelope. Working up to the time of daughter Lorraine’s birth, she managed juggling family and employment until 1988, when she retired as ‘Head Nurse’ from the Hattie Ide Chaffee Skilled Nursing Home in East Providence, Rhode Island.

Adele was a ‘Stay-at-Home Mom’ while living in West De Pere, Wisconsin from 1964 - 1969. During this time, she gardened, practiced arts and crafts, and typed Robert’s manuscript of The Hummingbird and the Hawk, published in 1967. It was common while entering the Padden family home to hear classical music, unless she had her children on the couch, each with a Tootsie Pop, listening to one of their favorite 33 1/3 LP’s of Peter and the Wolf, Pinocchio or Mary Poppins. She read classics like Bambi, Swiss Family Robinson and Willie Wonka to her daughters at bedtime nightly.

While living in Barrington, RI Adele nurtured her family’s love of the arts and music, taking her daughters to ballet and musical concerts in Providence, RI., as well as volunteering as an usher at the Providence Performing Arts Center. She was a willing driver, always in the audience of her girls' wind ensemble, band and choral concerts as well as ballet performances and art shows. She quietly modeled for her daughters how to manage life as a devoted RN, wife and mother while pursuing self-fulfillment as well.

Robert and Adele both retired in 1988, leaving Barrington, RI for Rockland, ME where they built their home in 1984. She diligently cared for Robert who experienced chronic illness in his later years until his death in 2013.

Adele was a devoted neighbor and community member. In the 1990’s, she joined the Zonta Club, volunteered at the Good Tern Coop and offered support to cancer survivors after her own diagnosis in 1993. Between 2000 and 2002, Adele worked as a ‘mail runner’ part-time at the ‘old’ nursing home where Quarry Hill is now. In recent years Adele enjoyed fellowship at the Aldersgate United Methodist Church in Rockland and the United Christian Church in Lincolnville Center. Adele became a member of the Lincolnville Women’s Club while living in Lincolnville from 2010 to 2013.

A Celebration of Adele’s Life will be held at the United Christian Church in Lincolnville Center, Maine on Sunday July 10, at 2:00 pm, followed by a Reception. The Service will also be available on Zoom.

Share Your Memory of
Adele
Upload Your Memory View All Memories
Be the first to upload a memory!
Share A Memory
Plant a Tree