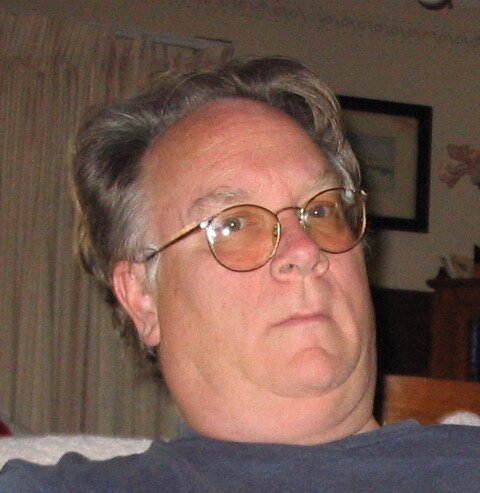 Please share a memory of William to include in a keepsake book for family and friends.
View Tribute Book
After enduring a long, complicated hospitalization, Bill Shaffer died peacefully on March 10 at Sussman House in Rockport where his family and friends gathered, told stories, and shared laughter and his favorite foods with him in his final days. Born on June 2, 1948 in Evansville, IN, he soon became the adopted and beloved son of Dr. Paul Shaffer and Gene Hoopes Shaffer of Urbana, IL. Many adventures ensued as he grew up in that college town. After his graduation from Urbana High School, the family moved to Washington, DC where Bill graduated from Luther Rice College. He went to work for the Department of Justice in Washington, DC and then for Defense Mapping Agency in Brookmont, MD where he met Linda Gilroy. They married two years later in 1980 and set off on life and adventures together living and working in Rhode Island, Ohio, Missouri, Florida, Pennsylvania, and in Massachusetts where they joyously welcomed their son Will to the family. Thereafter Bill focused all his attention on his most important and best-loved role as stay-at-home Dad. The family made their home in New Harbor, Maine in 2012. Bill was a banjo player, enthusiastic traveler, and loved watching Bristol Consolidated School, Lincoln Academy, and Brentford FC soccer games. He survived his parents and his sister Betsy Shaffer. Bill, in turn, is survived by his wife, Linda, and son Will, both of New Harbor, and two cute pugs. We are forever grateful to his wonderful friends, family, and caregivers at Full Circle Primary Care, Maine Medical Center, New England Rehab Hospital, and Sussman House for their love and support. Private services will be held by the family. In lieu of flowers, donations can be made in Bill’s memory to Hope for Paws at hopeforpaws.org or to the National Center for Learning Disabilities at www.ncld.org