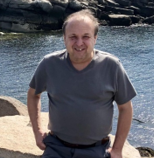 Please share a memory of Anthony to include in a keepsake book for family and friends.
View Tribute Book
Anthony C. Mignosa (Tony) passed away on February 28, 2022, after a long illness. Anthony was born on March 8, 1961, in Medford, Massachusetts. Son of the late Charles and Nancy Mignosa, brother of Richard Mignosa, and sister-in-law, Marcella of Florida. Brother of the late Diana Mignosa. Anthony also leaves many cousins and friends. Anthony cherished his early childhood in Medford, Massachusetts until his family moved to Arlington, Massachusetts. Anthony graduated from Arlington High School where he made many friends. Anthony was passionate about cars. His knowledge of cars allowed Anthony to be a valued mechanic. Anthony’s career was diversified. He worked in landscaping for a family business for many years, was also employed by Gillette in South Boston, 3M in Methuen, and his last employment was with Jiffy Lube in Winchester. Anthony retired and moved to Harrison, Maine where he thoroughly enjoyed his home. A celebration of life will be at a later date. Condolences can be made to Richard Mignosa, 2787 Plainridge Loop, The Villages, Fl. 32162 Memories and condolences may be shared with the family at www.directcremationofmaine.com

Share Your Memory of
Anthony
Upload Your Memory View All Memories
Be the first to upload a memory!
Share A Memory
Plant a Tree