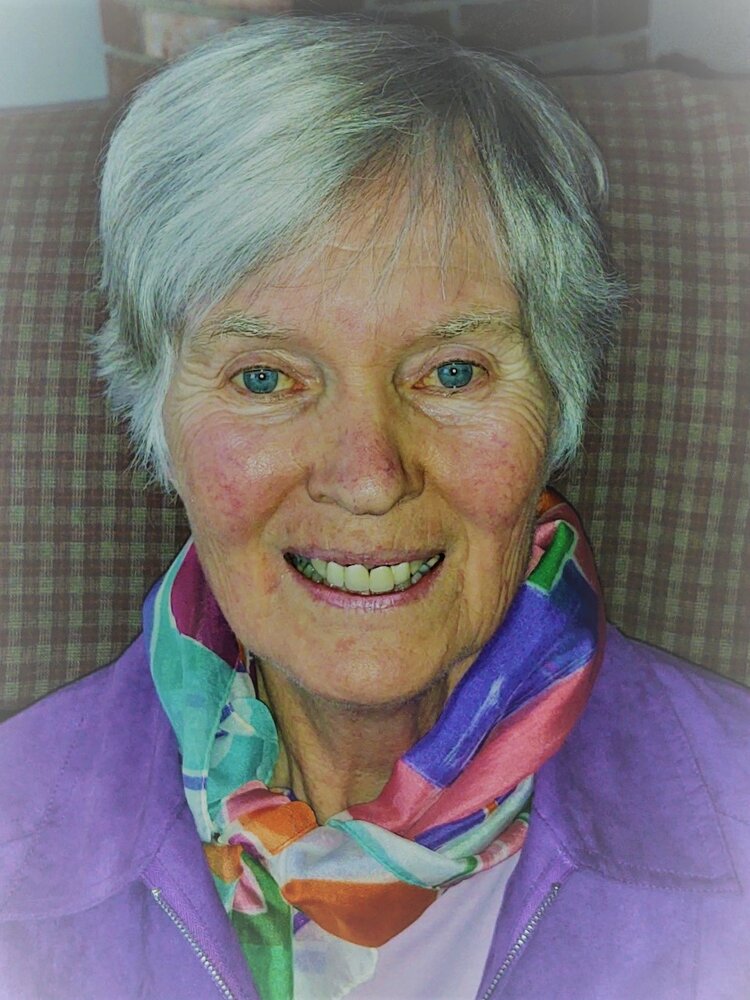 Please share a memory of Wilhelmina to include in a keepsake book for family and friends.
View Tribute Book
Willy passed away peacefully at home on February 18, 2022, after a valiant battle with ALS, with her dear friends Lisa Walker and Jean Hair, and Cassandra Stewart RN, surrounding her with love and gratitude. Willy Hendrika Veldman was born January 10, 1938, in Amsterdam, Holland. A courageous survivor of WWII, she witnessed heinous acts of violence against friends, neighbors, and strangers. She kept her family alive by secretly begging and rummaging for food at the age of five. Willy was captured by Nazi soldiers and suffered greatly. Leaving a life of abuse at the age of sixteen, Willy married an American GI. When they arrived in the US, she formally changed her name to “Wilhelmina.” She later escaped the marriage with her children and made her life in Maine. Willy became a bank ticker tape reader and bank teller. She pursued further education and became a successful realtor, real estate appraiser, and later in life, a kind and compassionate caregiver for the terminally ill. A lover of the outdoors, Willy was an avid mountain climber, runner, and two-mile ocean swimmer. She was most at home in nature. She adored the crows she fed and recognized each one. She enjoyed visiting Hawaii and swam between islands. Mentioning Hawaii always resulted in a big smile. Willy devoted herself to exploring spiritual knowledge and insight at the VajraVidya Meditation Center in Ellsworth. She was a beloved 20-year member of a Holotropic Breathwork Group, known for her gift of asking just the right question at just the right time. A cherished member of the Maine Balkan Choir, she enjoyed practicing and sharing their beautiful music at various concerts. In the last year of her life, Willy trusted that love was real. She said, “Loving yourself so you can love others is the key to everything. Please put that in my obituary so everyone hears that.” Willy is survived by her children whom she loved very much; Donna Walton (Bruce) of Seal Harbor, ME, Debbie Salman (Robert) of Tega Cay, SC, and Harold Chapman (Kim) of Bar Harbor, ME, and her loving friends and caregivers, Diane Averill of Bar Harbor, ME and Lisa Walker of Freeport, ME. Willy deeply touched the lives of many and will be greatly missed, especially by her friends in the Sangha, Balkan Choir, and Breathwork Group, and long-time friends Margaret Ober, Bruce Clark, and Mary Ellen and Nancy Angers. Willy was predeceased by her wonderful Golden Retriever, Ben. A Celebration of Life will be held atop Cadillac Mountain this Spring.

Share Your Memory of
Wilhelmina
Upload Your Memory View All Memories
Be the first to upload a memory!
Share A Memory
Plant a Tree