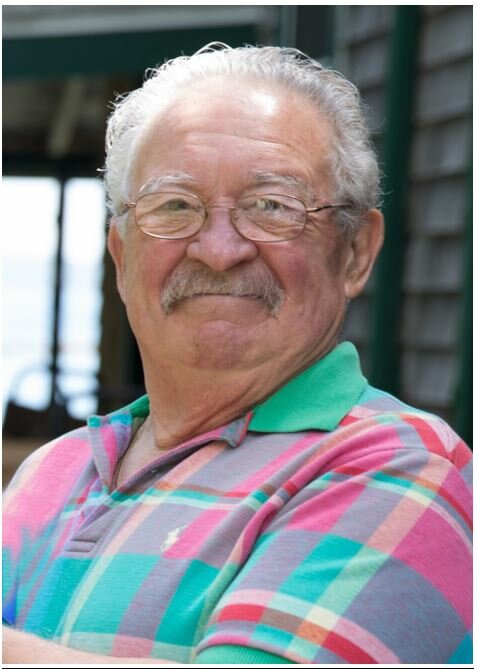 Please share a memory of Louis to include in a keepsake book for family and friends.
View Tribute Book
Louis Richard Mucci Louis Richard Mucci of Alna Maine passed away at home Feb. 2, 2022 from Parkinsoon’s related health issues at the age of 84 with his wife, son and 2 daughters at his side. Louis (Lou) was born June 22, 1937 in East Boston, Massachusetts. He grew up in Medford MA and Billerica, MA and graduated from Billerica Memorial High School in 1956. After high school is enlister in the US Air Force where he served from 1956 to 1962. When he returned he worked as a graphic artist and attended the Boston Museum School of Fine Arts. He spent 23 years as an art director at Commercial Union Insurance in Boston and taught art classes at the Massachusetts College of Art. Lou was an artist, illustrator and woodworker. He was an avid tennis player and was the teaching pro at the Billerica Tennis Center from 1976 to 1982. He loved to cook, fish and entertain his friends and family. After retirement he and his wife of 35 years moved to Alna Maine where they have a summer home in Boothbay Harbor. Lou loved to sing and tell jokes and will be remembered for his humor and quick wit. He enjoyed life to its fullest. He is survived by his wife, Nancy Briggs Mucci, son, Paul Louis Mucci and his wife Catherine McSweeney Mucci of Westford Massachusetts, daughter Mary Mucci Peacock of Billerica Massachusetts, daughter Nancy(Glavin) Mucci of Ipswich Massachusetts, 10 grandchildren and 1 great grandchild. There will be a celebration of his life in June at their Boothbay Harbor cottage for family and friends. Donations in Lou’s memory may be sent to the Michael J Fox Foundation for Parkinson’s research or a charity of your choice.

Share Your Memory of
Louis
Upload Your Memory View All Memories
Be the first to upload a memory!
Share A Memory
Plant a Tree