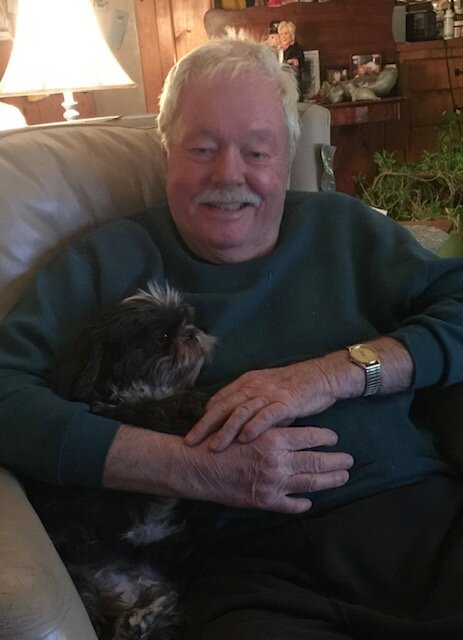 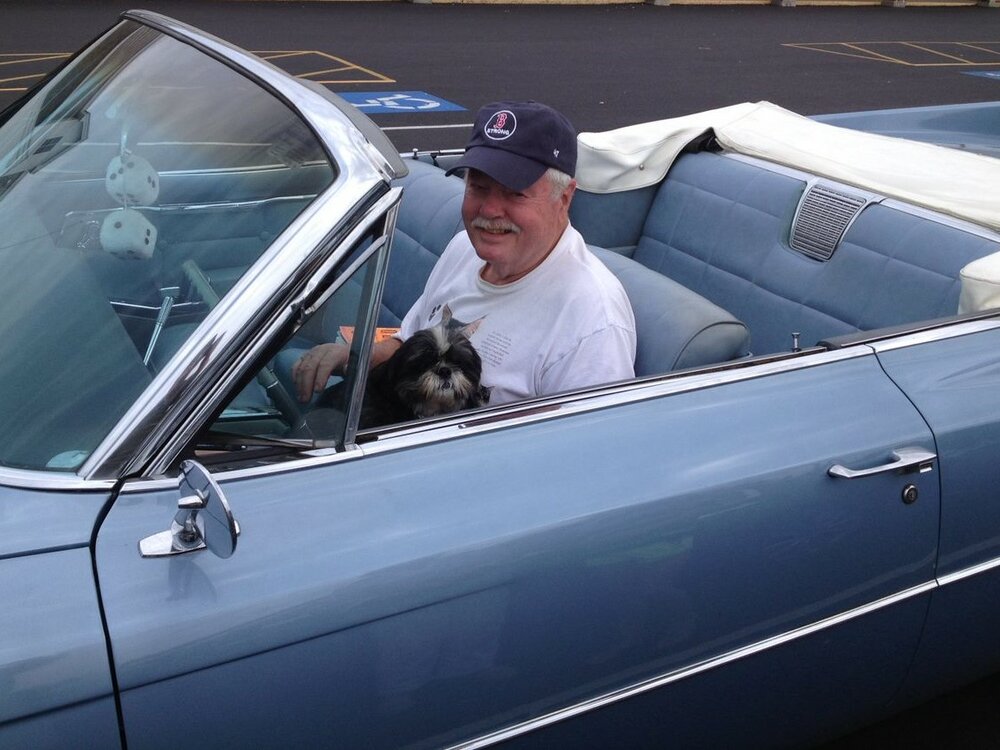 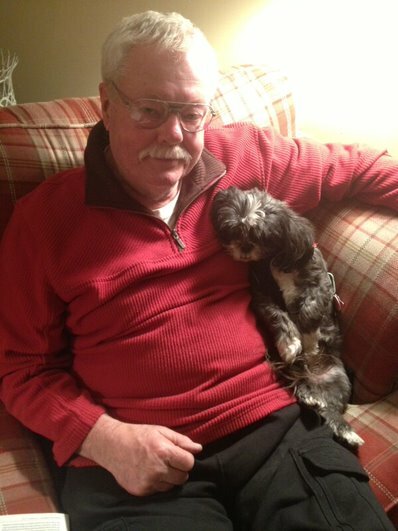 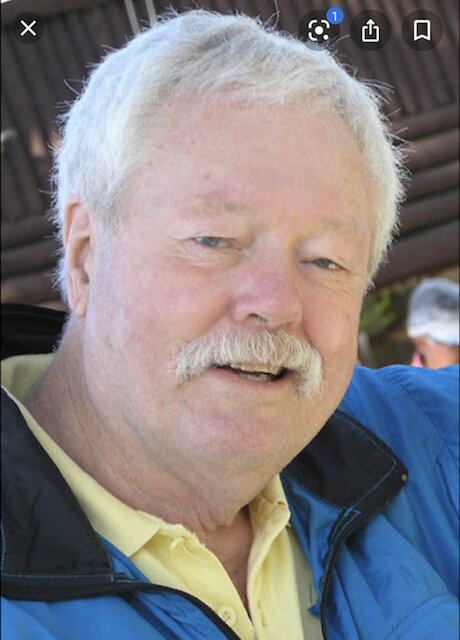 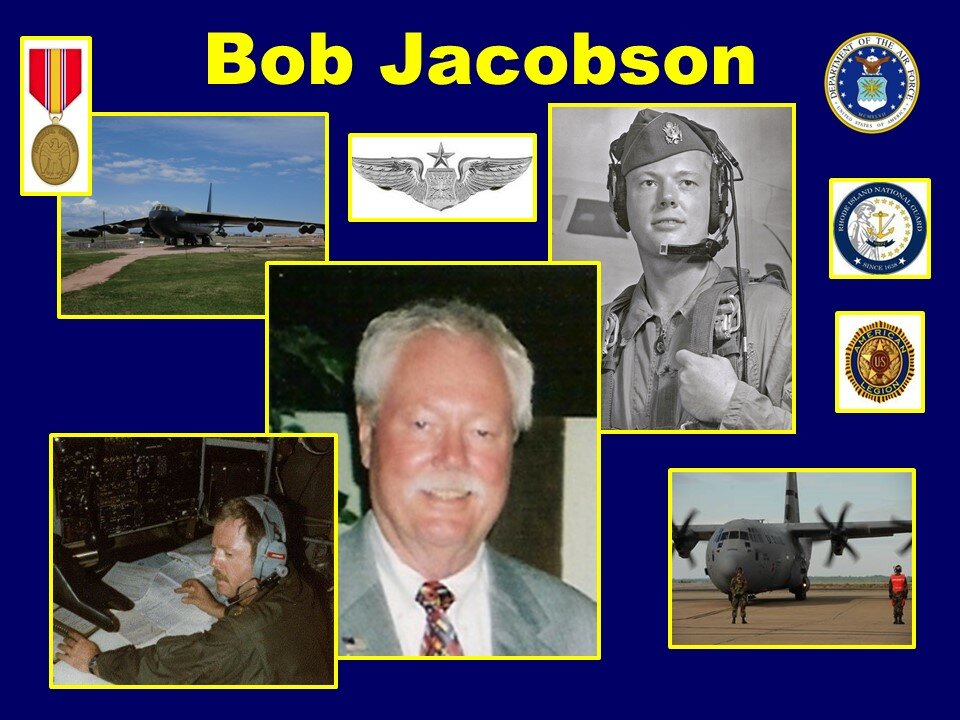 Please share a memory of Robert to include in a keepsake book for family and friends.
View Tribute Book
Robert Everett Jacobson, 85, of Boothbay Harbor, husband of the late Muriel Jorgenson, passed away peacefully on January 17, 2022 at Miles Memorial Hospital in Damariscotta, ME. He was born on June 29, 1936 in Boston, MA, son of Oscar F. and Alice (Oakdale) Jacobson. Bob, or Jake as he was known, spent his early years in Milton and Melrose, MA. In 1954, he graduated from Thayer Academy in Braintree, MA, attended Worcester Polytechnic Institute in Worcester, MA and earned his BA in Mathematics at the University of Nebraska Omaha in 1966. Lt. Colonel Robert “Bob” Jacobson was a veteran of the United States Air Force and the Rhode Island Air National Guard. He was commissioned a Second Lieutenant and graduated from Connally AFB, Texas as a U.S Air Force Navigator in 1960. He attended Electronic Warfare School and was assigned as an Electronic Warfare Officer on B-52s. Bob left the Air Force in 1968 to pursue a career at IBM in Hamden, CT where he spent the next 20 years as a highly successful Sales Executive. In 1971, Bob joined the Rhode Island Air National Guard as a squadron navigator. As a navigator, Bob flew HU-16, C-119, and C-130 Aircraft. In 1978 Bob was promoted to Flight Commander, 143rd Tactical Airlift Squadron. The worldwide mission of the 143rd took Bob to numerous foreign and domestic places as both a C-130 Navigator and Mission Commander. In 1988, he retired from the service and soon after, took an early retirement from IBM. As an Air Force veteran, Bob continued to serve his country and community in many ways. As a member of the American Legion, he fully supported the Legions focus on National Security, Veterans Affairs, Children and Youth, and Americanism. He was proud of his service, the men and women he served with and all who wore and wear the uniform. In 1992, Bob joined the Boothbay Harbor Rotary Club. He served as Director of International Service, Secretary, Foundation Committee Chairman and, in 1999-2000, President. That year, his club won the Significant Achievement Award, Governor’s Award for Foundation Support, Special Membership Award, the Presidential Citation. He was a Paul Harris Fellow and a Foundation Benefactor. Bob was deeply honored to serve as District Governor in 2004-2005, the first of only two from the Boothbay Harbor Rotary Club to do so. He served on the Boothbay Harbor Board of Appeals from 1996-2001, the Boothbay Harbor Board of Selectman from 2001-2004 and as Chairman of the Boothbay Harbor Board of Selectmen in 2004. In 1941, Bob’s family purchased a small cottage on Wall Point, then later bought property on adjacent Harris Point and built several log cabins. After graduating high school, the family moved to Boothbay Harbor where he spent summers working alongside his father at Sample’s Shipyard. He loved Maine and came back as often as time would allow. He spent several years winterizing the family cabin where he retired in 1989. In June of 1999 he married Muriel Jorgenson. They spent the following years enjoying their home and numerous activities within the community until her passing in 2012. Bob’s interests and hobbies were many. He was a commercial lobsterman, fishing solo into his early eighties. He enjoyed golf, skiing and collecting cars, and could always be found cruising the town in his lovingly restored 1963 baby blue Cadillac convertible, whether it be in a parade escorting the American Gold Star Mothers or to Hannaford with his beloved Shih Tzu, SeeSee. Bob was a jack of all trades and there was nothing that he couldn’t fix. He was the personification of real Yankee ingenuity. He regularly attended the Christian Science Society in Boothbay Harbor. He loved his family and cherished the time spent together whether it be a holiday, teaching his grandchildren to lobster or catching up on family news. He was proud of each and every one of us. In addition to his parents, Bob was predeceased by his longtime companion and beloved wife of 13 years, Muriel Jorgenson, sister Ruth (Jacobson) Hedberg and brother-in-law Carl Hedberg, son Robert T. Jacobson, former wife Judith Jacobson of East Boothbay, with whom he remained good friends, and beloved pup SeeSee. He will be greatly missed by his daughter Dawne Young (Clark) of Boothbay Harbor and Clinton, CT, daughter-in-law Joanne Jacobson of Foxboro, MA, granddaughters Christina and Phoebe Young of Boothbay Harbor and Annabel Jacobson of Foxboro, MA, nephew Brett Hedberg of Boothbay Harbor, niece Catherine Hedberg of Bronx, NY, niece Jayne Gordon and daughter Abby Gordon of Damariscotta, nephew Richard Gillespie (Tracy) of Lovettsville, Virginia and cousin Roger Cederlund of Middleborough, MA. A Celebration of Life will be announced at a later date. In lieu of flowers, Bob would be honored to have memorial donations made to the Boothbay Harbor Rotary Club, the Boothbay Region Ambulance or your local animal shelter. Memories and condolences may be shared at directcremationofmaine.com.

Share Your Memory of
Robert
Upload Your Memory View All Memories
Be the first to upload a memory!
Share A Memory
Plant a Tree