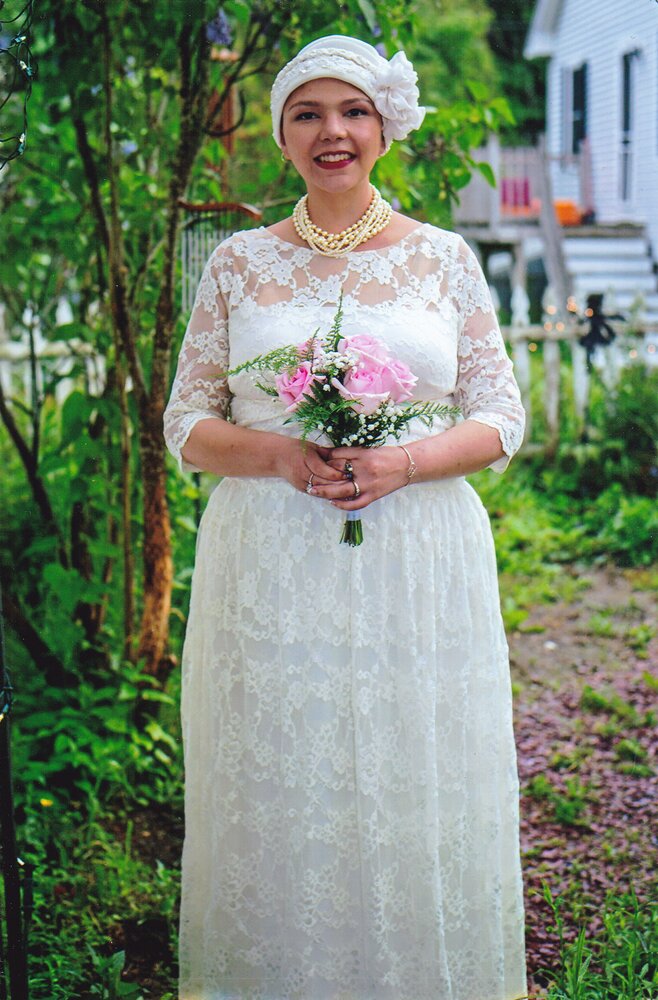 Please share a memory of Stephanie to include in a keepsake book for family and friends.
View Tribute Book
Stephanie Adele Hicks, beloved daughter of Charles and Diane Hicks, passed away Sunday, December 5th at her home in Bath surrounded by friends and family. She had a many years-long struggle with Brain Cancer. Stephanie was born at Bath Memorial Hospital on August 30th, 1988. As a child, Stephanie was involved in Girls Scouts, Fay Pye Dance Studio, and she was active at the Bath Area Family YMCA. Stephanie was a voracious reader and an avid fan of Harry Potter. Stephanie had a great affinity for writing and spent much of her time journaling. After an initial diagnosis of a Brain Tumor and surgery in 2003, Stephanie went on to graduate from Morse High in 2007 where she participated in MoHiBa, Swim team, and other extra-curricular activities. Stephanie attended Pine Manor College in Newton, Massachusetts pursuing a Bachelor’s Degree in Social Sciences. Stephanie fell ill during her freshman year of college and underwent a second brain surgery to remove a large tumor that was discovered in the spring of 2010. Stephanie was later diagnosed with Stage 3/ Stage 4 Terminal Brain Cancer in 2012. Stephanie received experimental chemotherapy at Massachusetts General Hospital from 2012 to 2020 when she learned that treatment was no longer an option. Stephanie was a member of the Patrick Dempsey Center in Lewiston, Maine where she socialized with other young adults with cancer at a support group called Not On My Own (NOMO). Stephanie loved movies, music and the theatre, frequently attending live shows. She also loved cosmetics, fashion and art, spending a great deal of her time painting and collaging. She enjoyed going on adventures, travelling to Jamaica and around the United States. When Stephanie was no longer able to travel long distances, she explored New England extensively. Stephanie left an impression on everyone she met; she was renowned for her humor and wit, as well as the grace with which she dealt with her illness. And who could forget just how much Stephanie loved her brews. Stephanie had a loyal group of friends who surrounded her with love and laughter during weekly visits throughout her final year. She is survived by both her parents of Bath, her brother John “Teddy” Daniels and sister Madeleine Samara Hicks, also of Bath, her brother Zachariah Ethan Hicks and his wife Elsy Dellys Estevez-Hicks, and her niece Everly Adele Hicks of Lawrence, Massachusetts. She is also survived by many aunts, uncles, and cousins. She is pre-deceased by all her grandparents and her Uncle Andrew Young. A celebration of life will be held for Stephanie will be held at 2:00pm on Saturday, December 11th at the Bath Country Club.

Share Your Memory of
Stephanie
Upload Your Memory View All Memories
Be the first to upload a memory!
Share A Memory
Plant a Tree