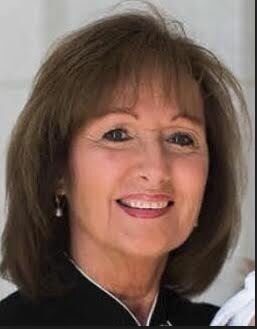 Please share a memory of Debra to include in a keepsake book for family and friends.
View Tribute Book
Debra Lynn Reny, 67, adoring wife and loving mother, went to her heavenly home on Sunday, November 21st, 2021, after a courageous battle with cancer. The second eldest child, Debbie was born in Lewiston, ME on February 3rd, 1954, to Lucien and Jeannine Reny. Growing up in Augusta, most of her childhood was spent surrounded by her extended family which included grandparents, aunts, uncles, and numerous cousins. Her fondest memories of her childhood included large family gatherings, and trips to Old Orchard Beach where her love for the ocean cultivated and ultimately became one of her favorite places to be. Debbie graduated from Cony High School in 1972 where she met her greatest love, John J. Ray, whom she would marry after graduation in 1973. She spent 18 years as a stay-at-home mother to her four children before entering the workforce at Connected Credit Union in 1998. During her time at the credit union, she developed many wonderful connections to lifelong friends which she held very close. Debbie had an infectiously funny personality. She was known for her kindness, ability to give the best advice and her willingness, and desire to always help those in need. Throughout her entire life, she held an unwavering faith in God, which she bestowed upon her children. She possessed a profound connection with all four of her children, always making each one feel immense love and support which would eventually spill over to her grandchildren. Although being a mother was one of her greatest fulfillments in life, becoming a grandmother was her ultimate joy. She flourished a special bond with each of her grandchildren who will miss her dearly. Debbie was a loyal servant to God, first and foremost. She loved sharing the love and warmth of our savior, Jesus Christ, with as many people as possible. Debbie spent many hours worshiping and reading His word. Now that she has passed into the arms of our Lord, we should remind ourselves that while this is the end of Debbie’s physical life on Earth, it’s the beginning of an eternal and beautiful journey for her. Debbie is survived by her loving husband of 48 years, John J.; her four children, Nikolas and wife, Kimberly Ray, Elese and husband, Dan Poirier, Ellen and husband, Cory Barnett, Emily and husband, Eben Gilman; her seven grandchildren, Lucy, Kaia, Cy, Grayson, Kora, Alanna, Adelynn; her mother, Jeannine Reny; her siblings, Marlene Reny Coyne, Lisa DiPhilippo, Paul Reny, Peter Reny; along with many cousins, nieces, and nephews. Debbie joins her father, Lucien Reny, in Heaven. Per Debbie’s request, there will be no funeral or memorial service. In lieu of flowers, those who desire may make donations to honor her behalf to Maine Credit Unions’ Campaign for Ending Hunger.

Share Your Memory of
Debra
Upload Your Memory View All Memories
Be the first to upload a memory!
Share A Memory
Plant a Tree