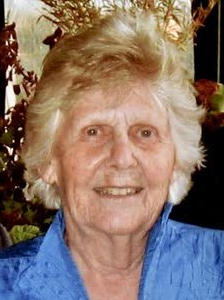 Please share a memory of Anne to include in a keepsake book for family and friends.
View Tribute Book
Anne Lingham Schubert, 95, passed away peacefully Saturday, November 13, 2021 at Cove’s Edge Nursing Home in Damariscotta, Maine. The daughter of Marjorie Proctor and Robert Marston Lingham, Anne was born on August 11, 1926. She attended Littleton, Mass. schools, Cambridge School and Westbrook Jr. College where she earned a business degree in 1946. She married Dr. Everett D. Schubert in June 1953. They lived in Wiscasset, Maine for a few years where Dr. Schubert had a family medical practice. They then moved to Oxford, Mass. where they lived for 19 years. They returned to Edgecomb, Maine in 1980 to their summer home on Fort Road on Davis Island, Dr. Schubert resuming his medical practice becoming associated with Miles Hospital in Damariscotta, ME. Mrs. Schubert worked as bookkeeper for her husband. After her husband passed away in 1984, Anne worked for Miles Hospital as a bookkeeper and later began volunteering for the Miles Memorial Development Office. In October of 2014, she was presented a Volunteer Service Award in recognition of her 24 years of dedicated service totaling 7,400 volunteer hours. Anne loved to travel, having visited England several times, Bermuda, Germany, Italy, Canada and much of the United States. Entertaining family and friends, gardening, and making puzzles were things she enjoyed. Anne is survived by a daughter, Marjorie DiVece of Wiscasset; a son, Dean Schubert of No. New Portland; a son, William Schubert of Boothbay; a brother, Robert Lingham of Ocala, Florida; eight grandchildren; and seven great-grandchildren. She was predeceased by her husband, Everett Schubert, and a sister, Charlotte Lingham, as a young child. A private graveside service will be held by the family at a later date. In lieu of flowers, memorial contributions may be made to Lincoln Health, 35 Miles Street, Damariscotta, ME 04543.

Share Your Memory of
Anne
Upload Your Memory View All Memories
Be the first to upload a memory!
Share A Memory
Plant a Tree