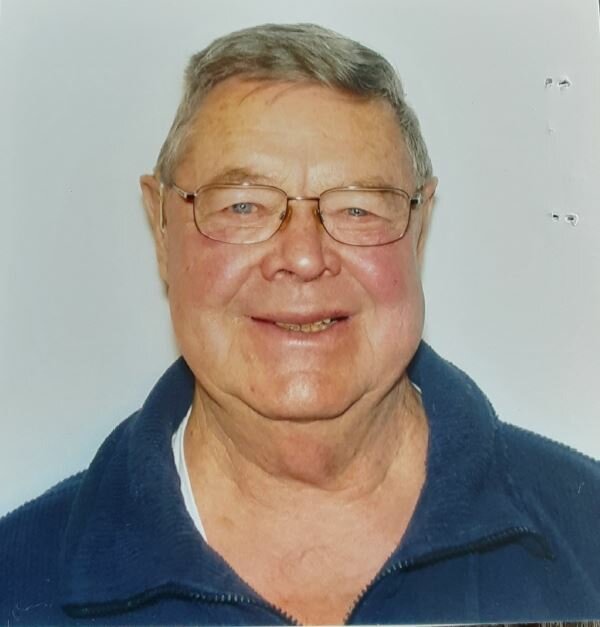 Please share a memory of Richard to include in a keepsake book for family and friends.
View Tribute Book
Richard A. Goulette age 88 of Skowhegan, Maine went to be with his Lord and Savior on Sunday, October 10, 2021. He was born December 19, 1932, one of five children born to George R. And Eva R. (Veilleux) Goulette. He graduated from Skowhegan High School class of 1950 and was a member of the football team. After graduating, he enlisted in the United States Air Force serving in Japan during the Korean War until 1954. Soon after returning from his service, he married his wife of 67 years, Germaine Huard on January 22, 1955. Richard and Germaine raised their three children Juline, Janelle, and John in their home on Summer Street. Richard was employed at various local shoe factories and as a salesman for Somerset- Food-O-Mat and Caron Company. He also worked for Motor Supply and Cooper Weymouth, retiring in 1996. Richard was a member of Faith Baptist Church where he was baptized with his son John. He enjoyed many long-time relationships with his friends especially playing cards with Francis and Shirley LaPointe. Richard and Germaine enjoyed many years with the family at their camp at Parlin Pond. They also traveled throughout the United States, Europe, and China. He and Germaine enjoyed watching the Red Sox, College and Pro Football, and UConn Women’s Basketball. Richard was predeceased by his parents, his brothers Joseph, Gerald, and Donald and his granddaughter Ambre M. Bilodeau. He is survived by his wife Germaine, his daughters Juline Bilodeau (John), Janelle Bess (Charles), and his son John Goulette (Shari). He is also survived by his sister Shirley Boone, brother-in-law Richard, and sisters-in-law Marjorie Goulette, Eleanor Huard, Dorothy Jarvis, and Florence LaChance who passed away days later. He is also survived by his granddaughter Danielle Bess (Isaah), grandson Brett Bilodeau (Jennifer), and great grandchildren Hunter and Mackenzie Swihart, Gabriella, Braidyn, Beau, and Isabella Bilodeau, many nieces and nephews, and his furry friend Caspian. The family would like to thank the staff at RFGH for their compassionate care for Richard. A private military service will be held at the Maine Veterans Cemetery. In lieu of flowers, contributions can be made to Disabled Veterans National Foundation, Inc., or St. Jude Children’s Research Hospital.

Share Your Memory of
Richard
Upload Your Memory View All Memories
Be the first to upload a memory!
Share A Memory
Plant a Tree