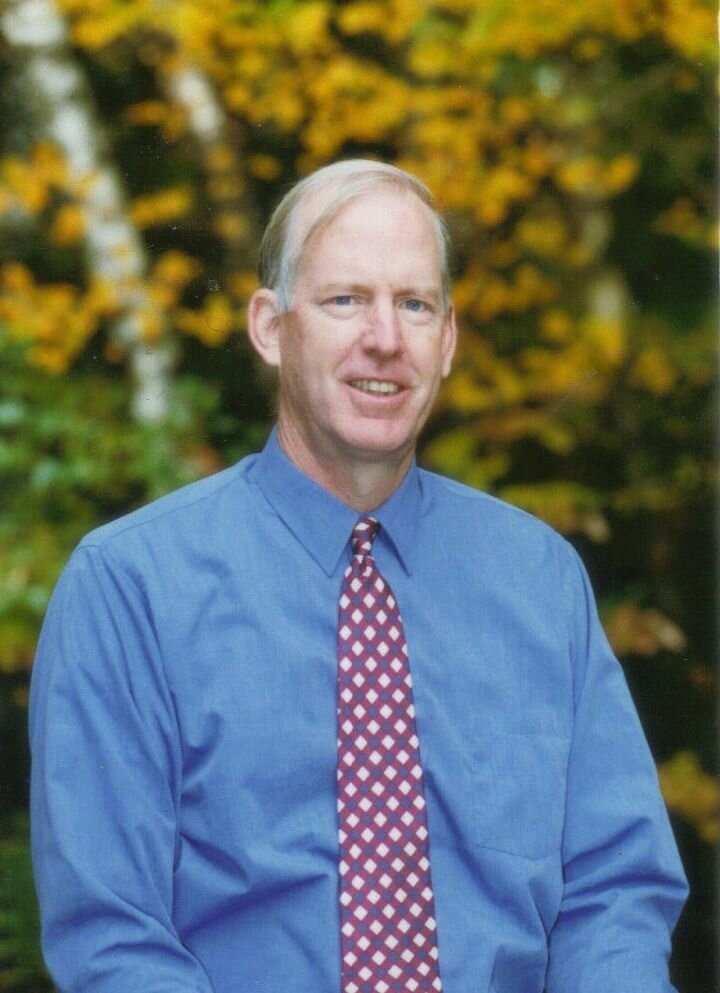 Please share a memory of Thomas to include in a keepsake book for family and friends.
View Tribute Book
Thomas Tindall died on September 29, 2021, at the age of 76 after a short illness. He was born in Pennsylvania in 1945, the third of four children to Dorothy Stewart and James Tindall. The family moved to New Jersey during his junior year of high school, and it was there through Young Life that Tom first heard the gospel message about Jesus. He graduated from Wayne High School in 1963. During his freshman year of college, Tom attended a Campus Crusade retreat where he felt God calling him and he made a commitment to follow Jesus. A religion major, Tom graduated from Dartmouth College in 1967. He went on to Union Theological Seminary in NYC where he earned a Master of Divinity in 1971. During seminary he was a teaching fellow at Phillips Academy Andover. The following year, he taught at Phillips Academy Exeter. In 1973, Tom and Sally moved to Mass. where they lived on campus at Governor’s Academy. Tom was the varsity men’s basketball coach, taught religion and ancient history, and was the school minister. From this point on, Tom regularly led Bible studies for both students and adults, sometimes at church, sometimes at their home. Married in 1966, Tom and Sally had two children, John and Katie. In 1983, the family moved to Connecticut where Tom became the Assistant Headmaster, Admissions Director, College Placement Advisor, and basketball coach at The Master’s School (TMS). He remained at TMS for 22 years, spearheading the construction of the gymnasium and other development projects there. At TMS, the Tindalls hosted several foreign exchange students. One, Akim Antwi from Ghana, became like a son to them. Tom had a heart for missions and was involved in several ministries through prayer, support, and volunteering, including stints working with Habitat for Humanity, Samaritan’s Purse, and a trip to Senegal in 2009 to help with a kids’ camp alongside his daughter and her family who are missionaries there. In 2004 the Tindalls became “snowbirds” spending six months of each year in Florida and six months in Maine. Tom worked at Home Depot in both Maine and Florida until retiring in 2013. Tom was a gifted athlete; as a young man he excelled in basketball, hurdles, and high jump. An adventurer, he often hiked and camped with his family. Tom was a self-taught woodworker, building the cabin, furniture, and recently learning to turn wooden bowls. He loved to play pickleball, golf, swim, and boat on the lake. He was an enthusiastic and knowledgeable fan of UCONN basketball, the Patriots, and the Red Sox. Tom’s older brother, Jim, passed away in 2018 but his two sisters, Anne and Barb, survive. Tom and Sally were blessed with 54 years of marriage and nine grandchildren. Many remember how caring, interested, and positive Tom was; he always saw potential in others and encouraged them to grow. His love for others grew out of the love he had experienced from God. His curiosity and intellectual thirst meant that Tom never stopped studying the Bible and seeking to learn. Because of Tom’s faith and God’s promises, we have great confidence that, as Jesus said in John 11:25, “Whoever believes in me, though he die, yet shall he live.” A celebration of Tom’s life was held at 2 p.m. Saturday, October 9 at Windham Baptist Church at 973 River Road in Windham, Maine.