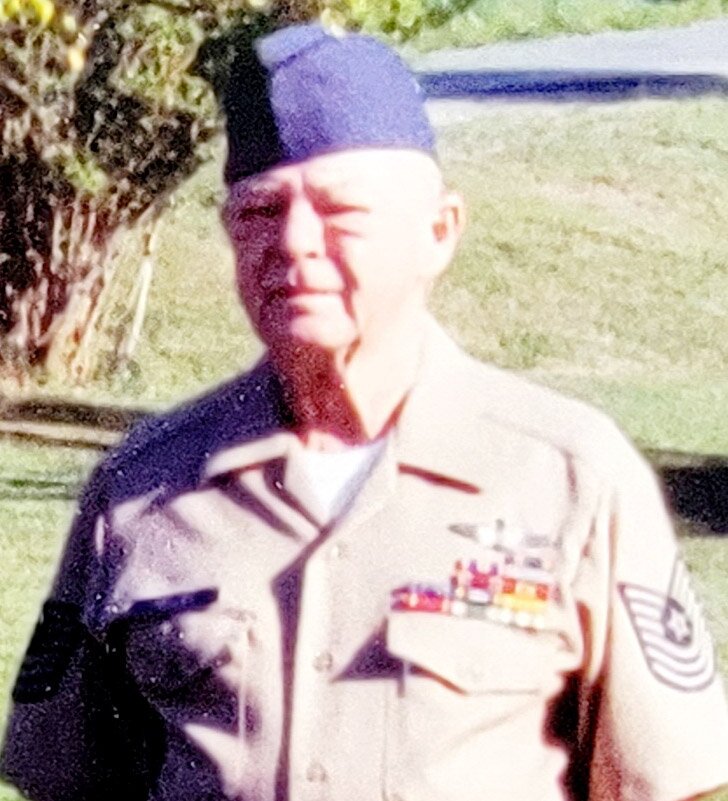 Please share a memory of Eugene to include in a keepsake book for family and friends.
View Tribute Book
Eugene William Kelley, 90 of Boothbay Harbor, Maine passed away in his home on September 22, with his family and friends by his side. Gene was born on September 10, 1931, in the house where he took his last breath. He would say, I was born in this house, and I want to die here. He is the son of James and Martha Pinkham formerly of Boothbay Harbor and graduated from Boothbay High School in 1949. He joined the Air Force in 1950 and became a flight engineer serving in the Korean War and Vietnam War. Stationed in places from Japan to Taiwan and California to Maine, retiring as a Master Sergeant in 1970. He started his own business with his lobster boat, hauling traps until 1986. He worked for Bath Iron Works, as a shipfitter and on the operating crew retiring in 1997. He was a Mason at Seaside Lodge #144 and a Shriner, Kora Temple. Gene enjoyed hunting on his land in Whitefield with friends and family and boating and fishing until he said, he lost his sea legs. He was an avid gardener, passing the time in his vegetable garden and enjoyed watching the ducks in the pond and other wildlife that would come to visit in his backyard. We’re still feeding the ducks for you Gramp!! Gene was predeceased by his wife of 55 years Doris Arlene Keith, sister Marlene Coady of Florida, son James and granddaughter Rachel both of Southport. He is survived by his brother Milton & wife Roberta of Wiscasset, sister Margaret (Peggy) & husband Joe Stover of Boothbay Harbor, son Donald and wife Carole of Waterville, daughter Rebecca and fiancé David Douglass of Bowdoinham, daughter-in-law Marie of Southport, grandchildren, Jessica Schneckloth, Aimee Rice, Shannon Levesque, Amanda McKenna and Jake Levesque, great-grandchildren Ethan & Caleb Rice, Meredith Levesque, and Layla & Miles McKenna. Thank you to all family members, who made it possible for Gene to remain at home. A special thanks to Wendy Wood for all her help, love and support, and Ken, Jessica & Kody Hatch, for being there to help out whenever needed. The family would like to thank Beacon Hospice for all of their support and guidance. They were a tremendous help during this difficult time. We couldn’t have done it without everyone involved. Gene and Doris will be laid to rest at Spruce Lawn Cemetery in Southport, Maine.

Share Your Memory of
Eugene
Upload Your Memory View All Memories
Be the first to upload a memory!
Share A Memory
Plant a Tree