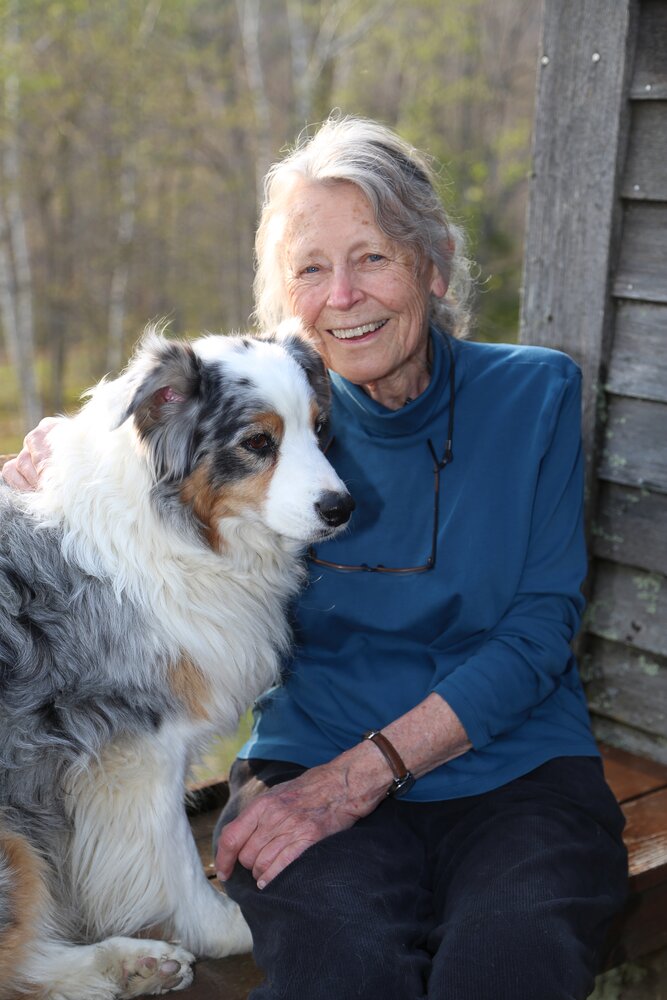 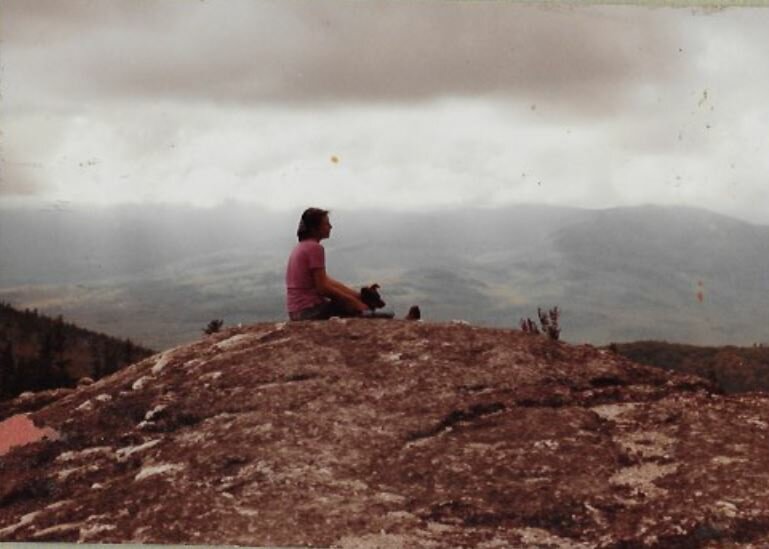 Please share a memory of Eleanor to include in a keepsake book for family and friends.
View Tribute Book
Hope, Maine Eleanor H. Lacombe, 89, passed away peacefully on September 6th with her daughters, grandson and dog by her side. Born in Boston in 1932, she was the daughter of Swedish parents, Edith Anna and Harold Gunnar Hook. Eleanor grew up an only child, learning a love of the hills from hiking with her mother and a love of gardening from her father. Her father’s railroad career took them throughout New England and eventually they settled in Cape Elizabeth, Maine. After graduating from Cape Elizabeth High School with high honors, Eleanor attended The University of Maine, where she took animal husbandry and biology courses and met her future husband, Vaughn Lacombe. Eleanor lived her life with an adventurous spirit, humor and a wonderful curiosity. She was a brilliant woman, who, in 1960, joined the Maine Medical Center’s newly-created Research Department, working with Drs. William Austin and Peter Rand in original studies of the chemistry and flow properties of blood. With a shift in the lab's focus to environmental health research a decade later, Eleanor worked with Dr. Rand on the health threat of water-borne radon in Maine. In 1988, they helped establish the Lyme Disease Research Laboratory (now Vector-borne Disease Laboratory) at the Maine Medical Center Research Institute. Over the next three decades her expertise in identifying ticks, examining them for Lyme bacteria, designing, carrying out, and reporting on multiple studies on tick ecology contributed important new knowledge while at the same time enlightening the public and her professional colleagues in Maine and beyond. As well as working in the lab, Eleanor spent many hours in the field, flagging for ticks on the Maine islands, checking live traps all over the state and taking ticks and blood samples from deer at tagging stations. Eleanor worked with Dr. Rand for almost 60 years. During her tenure she co-authored over 60 research articles and resulting papers were presented at academic conferences throughout the country and Europe. Over the course of her time with the Vector lab, she acted as an insightful mentor who taught students and young professionals who came through the lab with humility, humor, and a rigorous attention to detail. Few who met her were able to resist her infectious enthusiasm on the topic of vector-borne diseases that affected people and companion animals. While Eleanor was handling her extraordinary professional career, she was also raising her family with the same adventurous and festive spirit. In 1970, she took a trip across the country in her station wagon, with her three daughters, an Irish Wolfhound, a guitar and a tent - they spent the summer visiting national parks, exploring, camping and hiking through the Northern United States and Canada. When she skied, she often skied with a fondue pot, and made fondue on the side of the trail. She enjoyed riding her horse through the mist in the evenings after she came home from work. On her farm in New Gloucester, she had extensive flower and organic vegetable gardens, dogs, cats, horses, sheep, pigs, goats, chickens, geese, turkeys and ducks. (Her mother always said if she’d known how much Eleanor wanted animals, she would have gotten her a kitten!) She was on the board of Maine Audubon, the New Gloucester Conservation Commission, and was active in the zoning and comprehensive planning for the town. She enjoyed taking her grandchildren on camping trips to the White Mountains. She attended the Durham Friends Meeting, in Durham, Maine. Taking advantage of travel opportunities when presenting papers in Europe, Eleanor took extra time to hike in Switzerland, Germany, Scotland, Wales, Norway and her ancestral country of Sweden. She also traveled for pleasure to Hawaii, Fiji, New Zealand, and Iceland, where she bought herself an Icelandic Horse for her 75th Birthday! In 1995, Eleanor bought property in Hope, Maine, where she could overlook hills as she had learned to love to do when she was a little girl. She designed her own passive solar house, again had extensive gardens, and still had her dogs, cats and horses. While living in Hope, she was active in the Unitarian Church in Rockland. An avid reader, she was a part of book groups but always read stacks of scientific journals and environmental magazines as well. She continued to ride her horse, train her dogs and and drove from Hope to Portland for work at the Vector-born Disease Lab until a health issue forced her to stop at the age of 82. For her 85th Birthday, Eleanor bought herself one more Australian Shepherd puppy who has been a great comfort and companion, and named her after her Grandmother. Eleanor is survived by her dog Alfrieda, her cat Alice, her horse Gletta, daughter Anne Huntington and her husband Jon of Wayne, daughter June LaCombe and her husband Bill Ginn of Pownal, and daughter Katie Folsom and her husband Scott of Hope. Her beloved grandchildren are Nicholas, Ethan and Adrian Huntington, Eliza and William Ginn, and Collin Crowley. She was also proud to have two great-grandchildren, Clayton and Olivia. A natural beauty, Eleanor was the epitome of the word ‘grace’. She lived by the following words: I shall pass this way but once; any good that I can do, or any kindness that I can show to any living being, let me do it now. Let me not defer it or neglect it, for I shall not pass this way again. In Eleanor’s memory, please be kind to people, animals, and the natural world. A celebration of life for her family will be in Hope this Autumn.

Share Your Memory of
Eleanor
Upload Your Memory View All Memories
Be the first to upload a memory!
Share A Memory
Plant a Tree