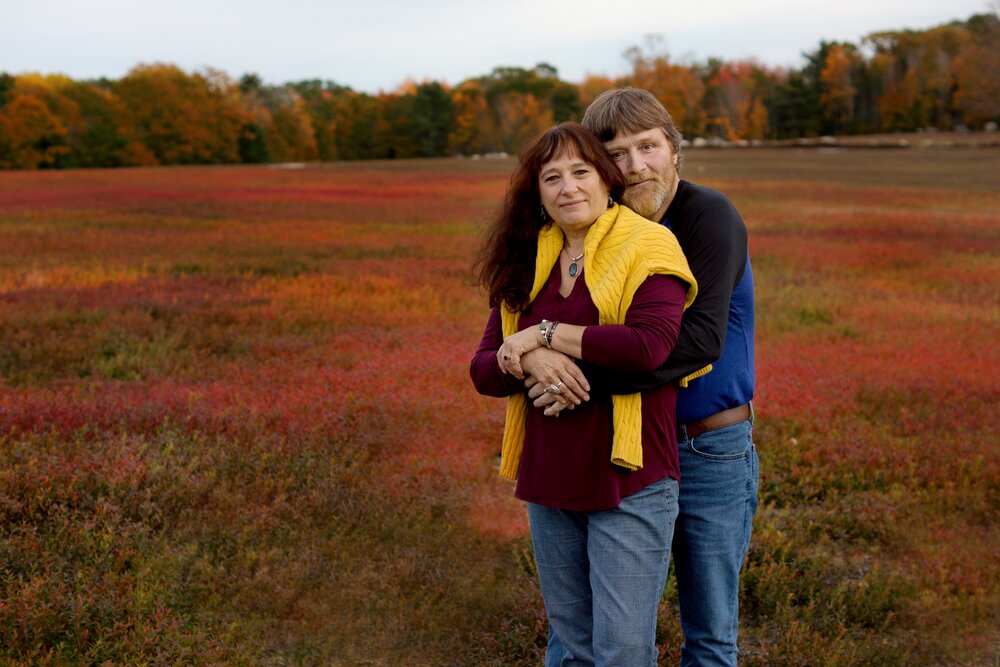 Please share a memory of Dale to include in a keepsake book for family and friends.
View Tribute Book
On August 20, 2021, Dale Richard Babson left the earthly plane and transitioned to Heaven into the waiting arms of his beloved mother, Eleanor “Ann” Varnum Babson, who passed when he was 6 years old. Dale was born in Castine, Maine on July 1, 1961. He began his life growing up in Penobscot and eventually moved to Bucksport where he attended school. Dale worked a wide variety of jobs over the years, starting at Great Skates and becoming quite the roller-skater; to working in the “Snake Pit” at the Bangor Fair; to being a Taxi driver with his friend “Big Mike”; to making blankets at WestPoint Home; then becoming a powder coater/painter at Prescott Metal in Biddeford Maine; and finally, as a laminator at Hinckley Yachts in Trenton. Of all his jobs it was his time at Prescott Metal he enjoyed the most. It instilled a strong work ethic in him, and he was proud of the product and the work he did while there. His time there and living in Biddeford brought many life-long and unforgettable memories. Dale’s humor was pure, his laugh was infectious, and his personality radiated kindness. His humble essence and selfless love constantly showed when he strived to help others during the holidays by donating to families in need or when dressing up as Santa for his family. He found peace in simplicity and his heart was truly whole when he was relaxing at home with his soulmate, Denise, and their beloved dog, Tigh. He found peace and happiness most when he was riding his Harley Davidson motorcycle, playing pool, going to camp with his cousins Jon, Don and Jay Lanpher or fishing with his brothers Todd and Linwood Bridges, riding around the Island, watching the deer, or simply enjoying great times with amazing friends and family. He was described as a big jolly guy, with a mischievous smile, a twinkle in his eye, and many have commented that he gave the best “Bear Hugs”. Most knew him as a loving, kind, caring and compassionate soul, with a good dose of stubbornness thrown in. He loved his family and friends and was so glad he relocated back to the Verona Island and Bucksport area, as he was able to spend time with them the last few years of his life. Dale is survived by his love and life partner, Denise Keene of Verona Island, her children Brentley Sheehan, Adam Sheehan, and Brent’s daughter Autumn who loved Dale as her own Grandpa. He stayed in contact with two women from separate relationships that he considered stepdaughters, Shannon Richards and her husband Moses, and Mandie Gray and her daughter April Coleman. He was blessed in his life to have the love of two fathers that gave him a big family to cherish. They are Jerold Babson and partner Sally Howard, along with his children Sheri Babson Wright and husband Joe, Stephanie Babson Presutti and husband Richard, Bryce Babson and partner Marielle Thomas. Linwood Bridges and his wife Dolores “Dody” Bridges and their children Louanne Bridges, Linwood Bridges, Jr and wife Kathi, Lisa Bridges, Todd Bridges and wife Jennifer, and Rhonda and Mike Stanley. Since the passing of his mother occurred at such a young age, he had three very special Aunts who helped raise him. His “Auntie Mum” Jane Lanpher and husband Carroll, Phila Witham and husband Goggy, and Nonie Varnum and husband Richard Varnum (deceased). He was predeceased by his Grandparents, Wyman and Nellie Varnum, Robert and Frances Babson, and Oscar and Flora Bridges. Dale loved deeply and was loved back by his numerous Aunts, Uncles, Cousins, Nieces and Nephews and he made fond memories with them all. Katie, Bree, Stephanie and Tiffanie remember fishing and driving the “Island Loop” blasting country and western music whenever he would visit. His many talks with his cousin Amy Lanpher-Hewes and her husband Todd, were special times along with time spent with cousin Sue Lanpher and her partner Erik Gross. His special friends, Larry Licata and wife Sherry, Stephen McKinnon, Steve Dearborn, Brad Hatch, Leonard “Guppy” Guptill, and dear friend Silver Dawn Haffey and husband Dave. Waiting at the pearly gates to play a game of pool was his friend Barry Witham, who is survived by friend Becky McLean. You can just hear “Rack Em Up” by Jonny Lang playing as they enjoy another game of pool together. To accommodate friends and family from away, we will be holding a “Celebration of Life” in the Spring/Summer 2022, which will encompass the legacy Dale created. Time and date will be announced. In lieu of flowers, to carry on his caring nature and love of the holidays, donations will be accepted in his name at the Bucksport United Methodist Church, P.O. Box 1727, Bucksport, ME 04416; Attention: BUMC - Mission Fund. All donations will be used to help area families in need during the holidays.

Share Your Memory of
Dale
Upload Your Memory View All Memories
Be the first to upload a memory!
Share A Memory
Plant a Tree