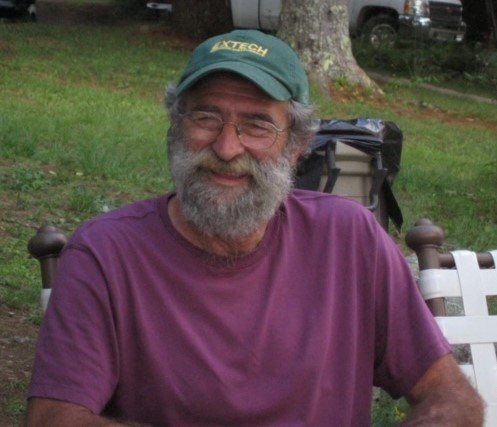 Please share a memory of John to include in a keepsake book for family and friends.
View Tribute Book
John Alan Butman (JB) age 69 died peacefully surrounded by family on July 28, 2021, after a long battle with dementia. John was born in Rockland, Maine August 29, 1951. He was the youngest of five children born to William G Butman, Sr. and Crystal Faye Shorey. John graduated in 1969 from Rockland High School. After graduating he was drafted to serve in the United States Army 1971-1973. After the service, John and Pamela made their home next door to his parents on Spruce Head Island. John had strong work ethics, he would go lobstering in the day and work for Marine Colloids at night. John became a self-employed contractor in 1984 as Butman Construction; he worked for Boggs Homes for many years. John also worked for Lyman Morse Boat building. Before retiring, he worked as a maintenance man at Knox Center. John's hobbies were lawn sales, hunting, raising bantam chickens for bird shows, collecting old tools, marbles and other collectibles. He got a lot of joy making bird houses for people and walking canes for veterans. He also enjoyed making half hulls and restoring old boats. John's relaxation was hooking up his 1963 Bambi Air stream and traveling Maine with Wifey. His favorite places to go were Downeast, Campobello and Treat's Island, Lubec, The Forks and Moosehead. The one thing JB will be remembered for his humor and storytelling. He never forgot a joke and had the best sayings. In addition to his parents, John was predeceased by his sister Barbara Wasgatt. John is survived by his wife of 50 years, Pamela Donahue Butman, two sons Jason Butman of Rockland, and Adam Butman and his wife Lynn of So. Thomaston, daughter Katelyn Ames and her husband Weston D. Ames of St. George, brother William Butman and his wife Joanne of Acton, MA, two sisters Cynthia Peters and her husband Jim of Ashville, OH, and Sally Gilbert and her husband Bud of Lincolnville, granddaughters Julie Butman, and Olivia Butman, grandsons Hewett Butman, and Jacob Butman and his fiancee Ashley Thompson, great-grandchildren Jude Alan Butman, and Caroline Lyons. Also, his lifelong friend Charlie McClure (Chummy) who visited JB every day, as well as several nieces, nephews, cousins and many good friends. John was a good man and we were blessed to have him in our lives. I know John would like everyone to know that “It's All Good In The Hood”. Please join us to celebrate John's life with remembrance and laughter on Sunday August 8,2021 at 1pm in Grammy's Park on Waterman's Beach Road, So. Thomaston, Maine. If you wish to make a contribution in honor of John, donate to Cure Alzheimer's Fund, 34 Washington St. Suite 310, Wellesly Hills, MA 02481 or Pope Memorial Humane Society, 25 Buttermilk Lane, So Thomaston Maine 04861

Share Your Memory of
John
Upload Your Memory View All Memories
Be the first to upload a memory!
Share A Memory
Plant a Tree