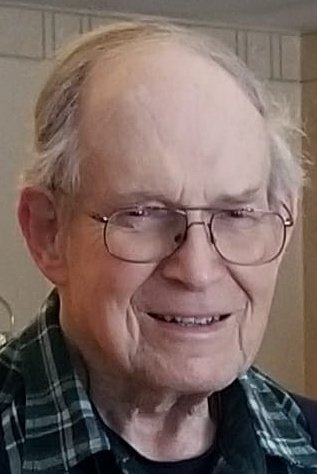 Please share a memory of Edric to include in a keepsake book for family and friends.
View Tribute Book
Warren – Edric (Dick) R. Day, 85, of Warren, reached the end of his life's journey Tuesday, January 19, 2021, at the Sussman House in Rockport, Maine. Born February 19, 1935, in Union, Maine, Dick was the son of the late George Willis Day and Clara Dearborn Day. Dick grew up in Union, Maine and was a graduate of Union High School and later completed a 2 Year Automotive Mechanics course at SMVTI. On September 14, 1958, Dick married Joan L. Maxcy of Warren, Maine and together they enjoyed 61 years of marriage. Dick started his career as an Oil Burner Technician/Plumber at Butler, Maxcy and Heath in Union, Maine, of which his father-in-law was part owner. Later, he continued his profession with Maritime Oil Co. and Dead River Co. Upon his retirement, he still enjoyed working part-time at E.L. Spear in Rockland, Maine for several years. Dick also served at the rank of PFC in the USAR and USAFR at various air bases as a member of the aircraft crash & rescue team from 1958-1964. He also was a member of the Warren Fire Dept. Dick was a dedicated “Barn Kid Dad” at Hill-N-Dale Stables and supported his daughter Cathy through many years of competitive horse shows while traveling throughout Maine and out of state. He also loved the many dogs in his life as if they were his kids. Dick, alongside his wife participated in many of the Couples Club Variety Shows at The Second Congregational Church of Warren. In addition to his parents, Dick was predeceased by his wife, Joan in April of 2020, sisters, Hazel Ellingwood, Agnes Evans and brother, Robert Day. Dick is survived by his daughter Cathy S. Clough of Warren, sister-in-law Phyllis Day of Virginia Beach, VA and his beloved canine companion, Wendy. The family of Dick would like to extend a heartfelt thank you to the doctors at PBMC and the caring nurses & staff at the Sussman House for their comforting and excellent care during his stay. Also, thank you for all the help and support from close family friends. In lieu of flowers, donations may be made in Dick’s memory to Pope Memorial Humane Society, P.O. Box 1294, Rockland ME 04841. A private burial will be at the Fairview Cemetery in Warren at a later date.

Share Your Memory of
Edric
Upload Your Memory View All Memories
Be the first to upload a memory!
Share A Memory
Plant a Tree