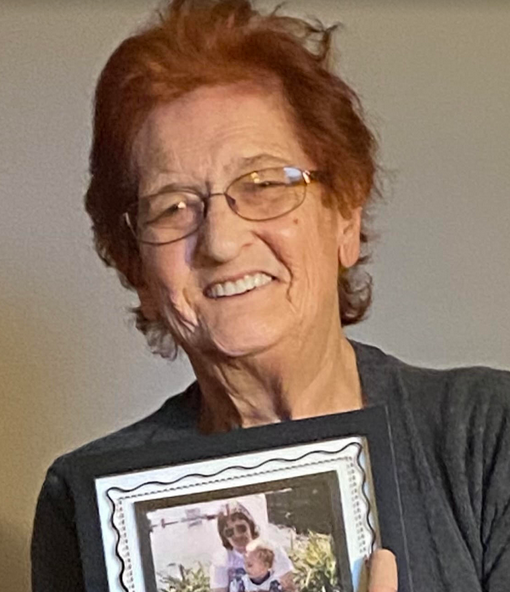 Please share a memory of Lucille to include in a keepsake book for family and friends.
View Tribute Book
LUCILLE MAE MURRAY CARTER, passed from this life into the arms of Jesus on January 19, 2021.  Lucille fought the good fight of faith beyond this world of suffering and pain.  Lucille was born November 24, 1950 to Winfield and Frances Dudley Murray at Calais, Maine.  She was the love of her father.  She attended school in  Edmunds and graduated from Pembroke High School in 1969.  She moved to Augusta after graduation.  In 1979 she married David Brann and had three children - Dwayne Winfield, Scott Allen and Michelle Ann - her children were her most prized possessions. On November 6, 1981 she married the love of her life, Burton Carter.  They resided in Breman until "Bert" passed in 2001.  Lucille was a CNA and Med-tech working in a number of nursing homes until she retired to become her husband's caregiver.  She often said what a privilege that was and how extremely proud she was able to do that.   Lucille is predeceased by her father Winfield Murray; her husband Bert Carter; her two sons, Dwayne and Scott Brann and brothers Wayne, Winfield Carroll and Bruce.  She is survived by her daughter Michelle, son-in-law Daniel and grandson Andrew Carter; her grandchildren Nicole and Joseph Brann and great-granddaughter Lyra and Lenora Brann; her mother Frances Murray; her sister Betty Wilson and brothers David, Warren, Augustus and Linwood Murray as well as many nieces,  nephews and cousins.   Lucille was a member of the First UPC of Augusta.  The family would like to thank Rev. Rick Stoops for his kindness to Lucille and her family.  There will be no public visiting hours.  A celebration of her life will be held at a later date. Memories and condolences may be shared with the family at www.directcremationfomaine.com

Share Your Memory of
Lucille
Upload Your Memory View All Memories
Be the first to upload a memory!
Share A Memory
Plant a Tree