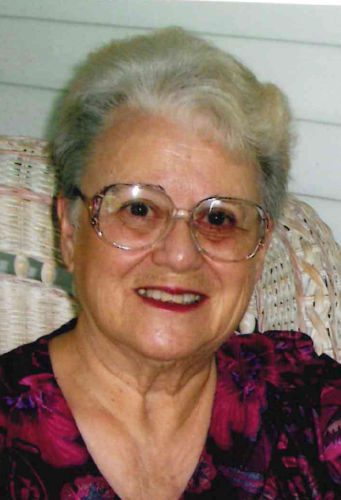 Waldoboro - Marie Delia Gervais, 93 years, of Waldoboro, ME, passed away Sunday December 1, 2019, at her residence.

She was born Sunday June 6, 1926 in Rumford, Maine, the daughter of the late Emile and the late Josephine (Peters) Blier.  Known to many as Delia, she met and married Alcide Gervais in April 29, 1950. Later Delia received her GED in 1969.

She was a welder for Pratt and Whitney in East Hartford, Connecticut for 20 years before retiring to Waldoboro, Maine.  Delia became a member of the Word of Life Church there where she devoted her time and energy to the church family with behind the scene efforts for suppers, concerts and was the ultimate hostess.  Some of her other interests included gardening, sewing, photography, and encouraging others.

Survivors include her daughter Janet Gervais of Waldoboro; four brothers Edmund, Edward, Emile, and Ernest; many nieces and nephews.  She is predeceaseed by her husband; parents; and two sons Steven and Daniel; sister Noella Bolduc and brother Gerard Blier.

A memorial service will be held at the Waldoboro Word of Life Church and will be announced at a later date.  Graveside burial will be at Rose Hill Cemetery in Rocky Hill, Connecticut.

Those who wish may make memorial contributions in her memory to the Word of Life Church 41 Old Route 1 Waldoboro, Me. 04572

Arrangements are under the care of Direct Cremation of Maine Belfast, Me.  Memories and condolences may be offered to the family at www.directcremationofmaine.com

Share Your Memory of
Marie
Upload Your Memory View All Memories
Be the first to upload a memory!
Share A Memory
Plant a Tree