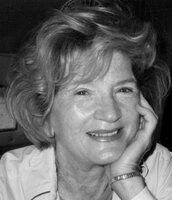 Merle Avis Brosius, also known as Merle Avis Archer, died peacefully on September 20th having celebrated her 102nd birthday in August at Quarry Hill Retirement Village in Camden. Born Merle Avis Fair in 1919, Merle grew up in Balmoral Beach, a suburb of Sydney, Australia. During World War II, Merle helped set up the American Red Cross (ARC) welcoming bureau in Sydney, which welcomed exhausted soldiers during their R&R breaks. She later served the ARC in New Caledonia. Bill Brosius of the 5th Army Air Corps, 22nd Bomb Group, a native of Frederick, Maryland wooed Merle during her service. After the war, the pair reunited in San Francisco and married two weeks later. They then travelled to Frederick, Maryland where Bill began building affordable homes for GIs returning to civilian life. Merle’s Australian roots remained strong throughout her life, and she proudly retained her citizenship there. On a return trip to Sydney in the late '50s, the couple’s three children attended school there for over a year while Bill built them a new house in Bethesda, Maryland. Merle loved living in the Washington, D.C. area where she was active in social and fundraising events. She created elegant social gatherings and enjoyed welcoming groups of foreign exchange students to her home. She felt it was important to have a wider view of the world and encouraged her children to spend time abroad. She was an affectionate and loving mother who encouraged education, independence and self-reliance – in addition to modeling the amazing can-do spirit that shaped a resourceful, strong minded and stylish woman. Merle was a tremendous help to Bill and delighted in seeing his vision of an environmentally oriented, well-designed planned community come to fruition. She remained in Bethesda for a decade after she and Bill divorced in the early ‘80s. In 1991, she married Ted Archer, an Australian, and together they renovated her childhood home at Balmoral Beach. There, when not traveling abroad or back and forth to the U.S., they found great happiness and good friends during the quarter century they spent together. After Ted’s death in 2016, Merle enjoyed visiting her children and grandchildren in the U.S. Eventually unable to travel, she moved to Quarry Hill in 2017 and received excellent care there. In recent years she enjoyed a large family reunion, a granddaughter’s wedding, her centenary family reunion by the sea in Maine and her 102nd birthday celebration. By the time of her passing, Merle had seven grandchildren and fourteen great-grandchildren. She died deeply thankful for her “wonderful family.” Merle was predeceased by her father John Austin (Skogsborg) Fair, her mother Heather (Brown) Fair and stepmother Dorothy (Boyce) Fair, her sister Beryl (Fair) (Hooper)Evans, her first husband John William "Bill" Brosius Jr., and her second husband Edward Stuart "Ted" Archer. Merle is survived by her children, John William Brosius III and wife Sharon of Dell Rapids, SD, Carolyn Fair (Brosius) Anderson and husband Jack of Potomac, MD and Anita Maree Brosius-Scott and husband Geoff of Camden, ME; her grandchildren John William Brosius IV and wife Anna of Gypsum, CO and Laura Jean (Brosius) Pulscher and husband Toby of Dell Rapids, SD; Tyler S. Anderson and wife Emily of Springfield, VA, Colin R. Anderson and wife Jessica of Falls Church, VA and Kristin M. (Anderson) Campbell and husband David of Potomac, MD; Tana Mara (Scott) Krohn and husband Michael of Gorham, ME and Kyle D.B. Scott and wife Nicole of Oakland, CA, American great-granchildren; Australian relatives include cousin Warren Kidson and wife Lyn of Sydney; nieces Beverley (Hooper) Bignell, Denise (Hooper) Dunsterville and husband Robert, all of Newcastle; and Dianne (Hooper) Stone of Sydney, plus children and grandchildren.