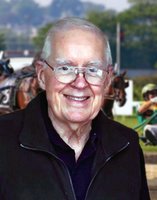 Joseph W. Kane, 82, died peacefully June 1, 2021 at the Sussman House with his wife, Suzy Kane, by his side. Born in Chicago Aug. 23, 1938, he and his family moved to Whitefish Bay, Milwaukee, Wisconsin. Joe graduated from the U. of Wisconsin, Milwaukee and went on to the U. of Illinois at Champaign-Urbana where he earned a doctorate in physics. He spent the following two years in post-doctoral research at Cornell University and then conducted research for a year at the Max Planck Institute for Physics in Munich, Germany. Joe's unique talent for making friends and continuing correspondence helped him develop lifelong relationships with his fellow researchers and colleagues from around the world. Returning to the states, he took a position teaching physics at the U. of Mass. in Amherst and while there co-authored a physics textbook for life-science majors with Morton M. Sternheim. First published in 1978 by John Wiley & Sons with several revisions since then, it's still in use today. In the past year, Joe and Mort were asked to participate in yet another revision. When not in the classroom, he was likely focused on another of his lifelong passions, standardbred horses. Throughout high school and college, he spent his summers working at standardbred farms in southern Wisconsin. While teaching part-time, Joe bought a small farm and built a 5/8 mile track to pursue a dream of breeding and training standardbred horses for harness racing. Although Joe succeeded in reaching several winners' circles, the small stakes eventually pushed Joe toward a more profitable career in computer programming. Harness racing and horse racing in general, however, remained a focal point throughout his life, a passion which he happily passed on to his daughter, Laura. An annual event like no other, the Kentucky Derby brought special importance as he and Laura would watch the race together. Even while traveling in Europe, Joe sought out the tracks from the outskirts of Paris to the center of Florence as well as a horse breeding farm in Tuscany. Joe's computer career began in Amherst during the early days of computer programming. He then moved to Pepperell, MA, to work at Atex and later at Digital Equipment Corporation (DEC). At Atex, a publishing software company, Joe's love of sports again came into play as he created the baseball statistics software for the Associated Press which aggregated and distributed results nationally and worldwide. While at DEC, he met with various computer experts, including Bill Gates, in discussions of PC software. In 1986, Joe introduced PC All-in-One, developed by his software group, in Valbonne, France. Joe would later represent DEC as the U.S. representative to an international standards committee at meetings in Brussels, London, Helsinki, and Paris. Retiring to Peaks Island, Joe enjoyed 14 happy years with Suzy and their wonderful neighbors and friends. Joe also used some of his newfound time to pursue his interest in woodworking, a hobby which he shared with his grandson Jason. In the fall of 2013, Joe and Suzy fell in love with their current home on Barters Point Road in Tenants Harbor where they had owned a cottage since 1985. This home provided Joe with a spacious shop where he built cabinets, bookcases, and benches while enjoying harbor views and filling the space with classical, jazz, and folk music. A dear neighbor, Anne Hurtt, introduced Joe to the Mid-Coast Forum on Foreign Relations and the Camden Conference where he enjoyed talks by world famous subject experts, some of whom he knew from his extensive reading. Joe appreciated the mid-coast music scene, especially the DaPonte String Quartet and Mike Whitehead and his fellow musicians. Joe and Suzy found Tenants Harbor very welcoming and delighted in the friendship of neighbors and other members of the Tenants Harbor community, including the helpful staff at the Town Hall. An avid reader his entire life, Joe enjoyed hunting down bookstores wherever he lived, including Paris and Italy where he and Suzy spent several weeks a year during their retirement. There was never a time when Joe was without a book Joe was devoted to his family. He took great pleasure in observing and participating in the lives of the children, grandchildren, nieces, and nephews and their adventures and accomplishments, from watching soccer games and helping with math and science problems to comparing woodworking tools, exchanging book recommendations, and sampling recipes. Among family and friends, he was known for his gentle, calm, and kind demeanor, his intellect, and his problem-solving skills. He had a lovely, warm smile with a dimple and a sense of humor. He could surprise and delight you by his wit and insights, which remained active to the last week of his life. Joe is survived by his wife Suzy of 41 years, his daughter Laura Kane of Houma, LA and grandson Jason LeCompte of Houma, LA, stepsons William P. Cassidy and partner Catherine Conte of Nantucket and Little Compton, RI, Padraic K. Cassidy and wife Gina Kwon of Los Angeles, CA, and step-grandsons Max B. Cassidy and Oscar K. Cassidy and many nieces, nephews, grand nieces, and grand nephews. The family wishes to thank his excellent doctors: J. Timothy DeGrinney, Elizabeth F. Connolly, and Sara L. Valente. Dr. Degrinney has cared for Joe since 1999, and he had the utmost trust in his judgment. The family also wants to thank the staff of the Sussman House for the superb care they gave Joe in his last week and for their many kindnesses to the family. Donations may be made in Joe's memory to the St. George Volunteer Firefighters' and Ambulance Assoc., P.O. Box 249, Tenants Harbor, ME 04860 or to the Sussman House, 40 Anchor Drive, Rockport, ME 04856.