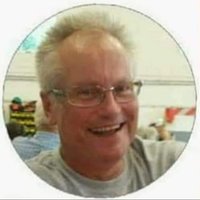 On May 27, 2021, ‘Ric’ (Frederick Richard Monroe Jr.) lost his valiant battle with Idiopathic Pulmonary Fibrosis. Born in Rockland on October 5, 1958, he was the oldest of the six children of Fred and (Mary) Jean Monroe. He grew up in Rockland and Hope, and attended school in Rockland, Lincolnville, and Camden. He later took some college courses “just for fun,” where he excelled in creative writing. He was a mind captivating storyteller who often entertained his nieces, nephews and grandchildren with fascinating tales. His stories, and the activities he shared with them: science projects, searching night skies with a telescope, finding treasures on the beach, berry picking, woodworking, kite-flying and more, earned him the esteemed nickname of "Super Ric” with them. He always loved the ocean. At age 17, he participated in Hurricane Island’s Outward Bound program which deepened his desire to be on the salt water. He came back with the determination to have a boat of his own, and went to work fixing up one that was given to him. He did a little lobstering, and became one of the pioneer divers for scallops and urchins in the Rockland area. He also worked on commercial fishing boats locally and around George’s Banks. His expertise in navigation helped him avoid a few mishaps at sea. He worked for Outward Bound, Bath Iron Works, and with his father in the construction business doing foundation repair, putting in cellars and building houses. He became an excellent finish carpenter, putting special craftsman’s touches on each of the several houses he built. His determination and stubborn perseverance helped him survive a devastating motorcycle accident in 1982. Weeks in the hospital, many operations and a lot of self-motivated physical therapy enabled him to go back to scallop diving and carpentry work. In 1987, when he took a hang gliding lesson flying tandem with an instructor, a gust of wind sent him crashing onto the side of Megunticook Mountain. He was plucked from the narrow ledge, to which he tenaciously clung for hours with a broken back, by courageous rescuers in a navy helicopter. His strength of will once again helped him push through the pain and crippling injuries to get back to work on finishing the house that he was building for himself, with stone fireplace, spiral stairway and stained glass art work. He was a mushrooming enthusiast and became quite an expert at hunting and gathering many varieties. He enjoyed cooking and baking. He was an artist in many ways: drawing, painting, carving, carpentry, body and fender work, and creating such beautiful flower gardens that strangers would stop and ask if they could tour them. He enjoyed making lovely bouquets to share, and would often brighten the rooms of nursing home residents with them. He was quick to help out by fixing and making things for family and friends. He was an avid reader. He loved poetry, science, astronomy, archeology, family gatherings, playing cribbage and other card games. He was the family Scrabble champion with a real talent for finding those 7 letter “bingos”! He was predeceased by his beloved niece, Elizabeth Sherfey. He is survived by his children, Derick Monroe, Brandy Monroe and partner Sarah Cullity, Eric Trusell and wife Lauren; grandchildren Addison and Aiden Barnhill and Joanna and Griffin Trussell; parents, Fred and Jean Monroe; brother Ted and wife Donna, brother Robert and wife Angela, brother John and wife Amy, sister Teresa and husband Al, sister Christy; many nieces, nephews, aunts, uncles and cousins; and the mothers of his children, Kathy Allen Brassard and Dawn Trussell Butler. The family wishes to thank the hospice workers who helped take care of him at home, and all the staff at the Sussman House, who gave him such loving care in his last weeks of life. In consideration of Ric’s preference, there will be no funeral service. Those who would like to do something in his memory - do something kind for someone. Memories may be shared with family at frmmjm@aol.com.