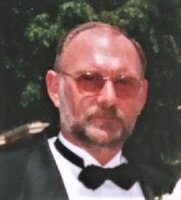 Paul A. Gattoni, 74, of Kennebunk, Maine, formerly of Medfield, Massachusetts died on April 12, 2021. He was the former husband of Judith (Cahill) Gattoni of Scituate. Born and raised in Medfield, Paul was the son of the late John “Red” Gattoni and Irene (Royland) Gattoni. He was a graduate of Medfield High School, Class of 1964. Paul was a proud veteran of the United States Army and served honorably during the Vietnam War, he was awarded the Air Medal and the Purple Heart. An avid cook, Paul loved to host dinners for family and friends. His specialty was his spaghetti sauce enjoyed by many up and down the New England coast. He used his culinary talents and joy for cooking to help others, volunteering at soup kitchens and homeless shelters throughout his life. His love of dogs, art, and the beach was only surpassed by his love of family. The most important thing in his life was his family. A devoted father of Sharon Timmons and her husband, Mike Timmons, of West Roxbury and Donna Gattoni of Scituate. Proud grandfather of Michael A. Timmons and Toby, his beloved granddog. He is survived by his sister, Ann Gattoni of Acton, and several nieces, nephews and cousins. He was pre-deceased by his brothers, John “Jack” Gattoni and James Gattoni. Private funeral services with full military honors will be held at the Massachusetts National Cemetery. Donations may be made in Paul’s memory to St. Jude Children's Research Hospital, 262 Danny Thomas Pl., Memphis, TN 38105. Memories and condolences may be shared with the family at www.directcremationofmaine.com